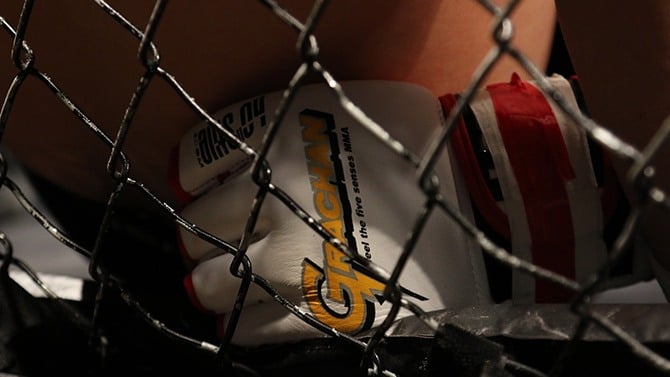 Taking out his frustration on twitter after being ejected from the UFC 199 pay-per-view event on Saturday, journalist Ariel Helwani of MMA Fighting/SB Nation was seemingly escorted from the building by security prior to the main event.

Along with him went photographer Esther Lin and video director E. Casey Leydon, also part of the SB Nation crew, all three alleged to be banned from UFC for life.

After breaking the news that Brock Lesnar was close to finalizing a deal to fight at UFC 200 the day before an official announcement was made, it appears that the UFC didn’t take it too well.

I was escorted out of the building by Zuffa staff before the main event. Credential taken away, too. Didn't see Bisping realize his dream.

My long-time colleagues @ekc and @allelbows were also escorted out of the building w/ me. Sorry to report no post-fight coverage tonight.

I love this sport & this job with all my heart. Did nothing unethical. I reported fight news. That's it. & then told we're banned for life.

My teammates and friends @Ekc and @allelbows are the very best at what they do. I wish they didn't have to leave with me. They did nothing.

While one can understand the UFC’s position (even if one doesn’t agree with it) and while they can pretty much do whatever they want at their own events, their response does appear to be something of an overreaction, especially with a site as popular as SB Nation.

If a website known for publishing news pick up a good story, unless they’re specifically asked to not report it, they’re going to report it.  That’s the way news works, and when news publishers are asked to hold off on releasing information, the reputable ones will happily comply.

At least they seem to be keeping their sense of humour about the whole thing.

this is the worst way to get new followers :)

Rumours are a double edged sword, in any industry.

Obviously organisations want to be able to plan, schedule, and keep things under wraps until they’re good and ready to release it, it’s why there are things like NDAs and embargoes on press releases.

On the other hand, if you’ve not been told to keep quiet about something and you hear a rumour, you know it’s going to be big news, and so you report it.

Have the UFC overreacted by banning the photographer and her team?  Let us know your thoughts in the comments.