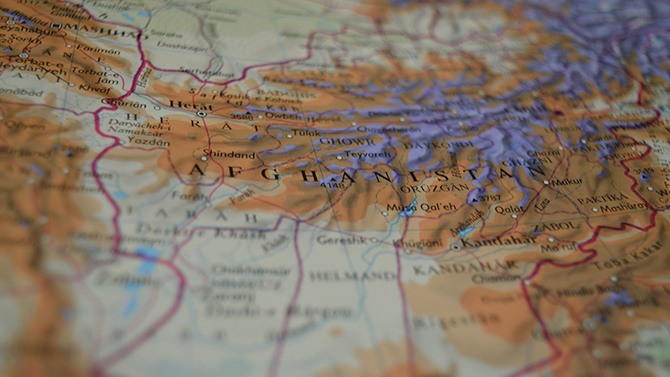 American photojournalist David Gilkey, on assignment for NPR, alongside interpreter Zabihullah Tamanna, were killed in Afghanistan on Sunday in a Taliban ambush, according to reports from the New York Times.  NPR has also confirmed the deaths.

Considered one of the best photojournalists in the world, Gilkey received an array of awards including a George Polk Award in 2010, a national News and Documentary Emmy in 2007, and dozens of distinctions from the White House News Photographeras Association, including 2011 Still Photographer of the Year.

The award winning journalist had considerable experience covering conflicts  in Gaza, South Africa, Iraq, the Balkans and Afghanistan.  After covering the 2010 Haiti earthquakes, Gilkey spoke about his profession in a video.

It’s not just reporting.  It’s not just taking pictures.  It’s do those products, do the visuals, do the stories, do they change somebody’s mind enough to take action?

The New York Times reports that the pair were part of a five vehicle special forces convoy on the main road between Lashkar Gah, the capital of Helmand Province, to Marja when Taliban insurgents fired on the convoy with heavy weapons, said Shakil Ahmad, spokesman for the Afghan National Army’s 215th Corps in Helmand.

Gilkey’s death marks the first non-military journalist to be killed during the Afghan conflict, which has lasted 15 years.

Our thoughts are with David and Zabihulla’s families, friends, and colleagues.

« MMA Photographer stripped of credentials and “banned for life” from UFC
This portable LED puts out as much light as a 1.5K tungsten with a Bowens mount strobe sized form factor »