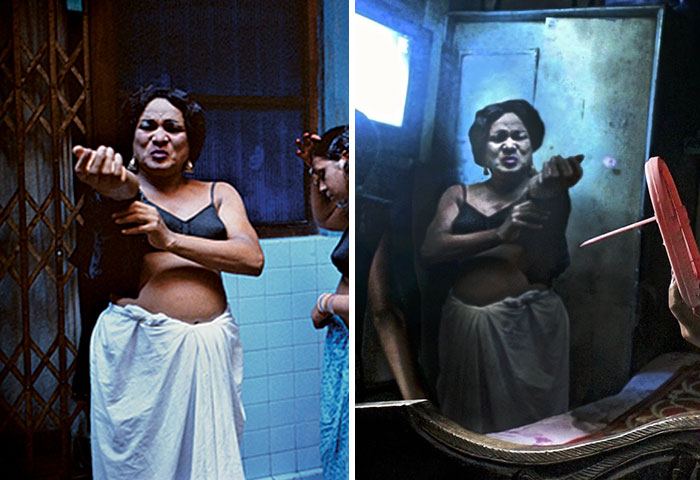 Imitation can be a form of learning, and using other people’s photos to create something new is perfectly fine. But when one awarded photographer takes the work of the other, photoshops it in their own “documentary” photo, it’s wrong on so many levels.

Award-winning photographer Souvid Datta has been accused of stealing work from another renowned photographer, Mary Ellen Mark. And the evidence is more than evident. He took a woman from Mark’s image and badly photoshopped it in one of his own photos. After the scandal broke, Datta was silent for a while, but finally admitted that he really did clone a woman from Mark’s photo into his own work. What’s more, he admitted that some of his other work contains elements of stitching and cloning as well.

Datta’s series “In the Shadows of Kolkata” depicts the cycle of sexual violence among adults and children in Sonagachi, Kolkata, India. It’s one of the largest red light districts in all South Asia, and Datta documented the female sex workers, their clients and the children who are stuck in the middle. While watching his images, Shreya Bhat of Bangalore, India, noticed that there was something off and unnatural with one of the photos. She was right, and it didn’t take her long to figure out what was wrong.

The lady in the back of the photo was taken from one of the photos of Mary Ellen Mark, who was photographing prostitutes in Falkland Road, Bombay, India in 1978. Datta photoshopped the woman in one of his own photos, and frankly, he didn’t even do a good job. It doesn’t take long to realize something really is off in his photo, and the woman in the back looks like a drawing or a poster. 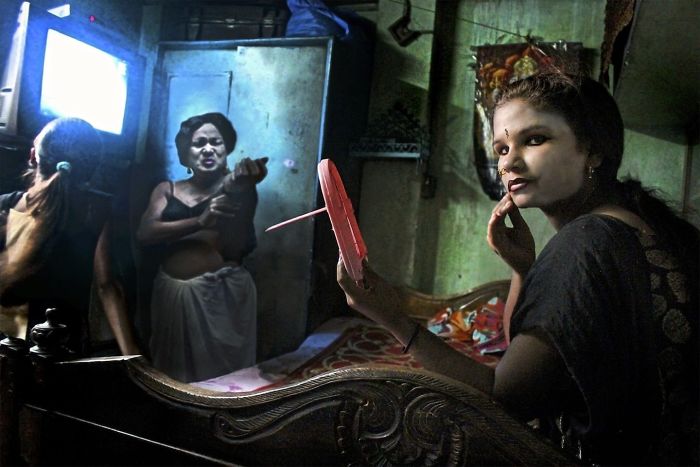 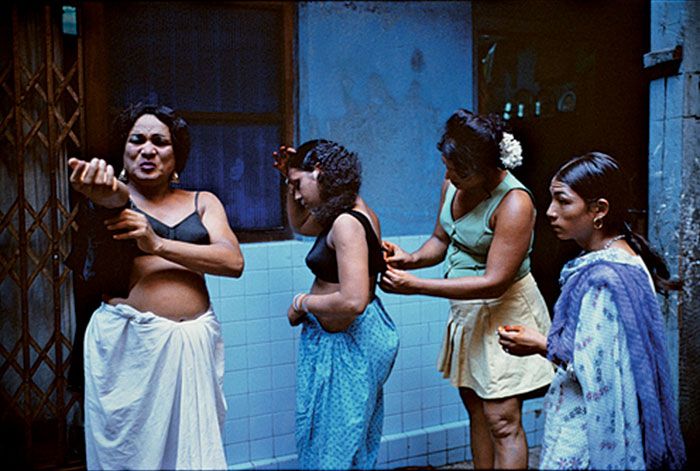 The story quickly hit the news and went viral, and since then Datta has taken down his website, Facebook, and Twitter. However, he gave an interview to TIME Magazine, in which he admitted that he doctored the images and expressed his regret:

In 2013-15, [when I was] aged 22-24, I foolishly doctored images, inexcusably lied about others’ work being my own and then buried these wrongdoings in the years that followed. Now these images are resurfacing, they threaten to undermine any work I have legitimately pursued since and, crucially, all the trust that the people in my photos, my collaborators and supporting institutions placed in me. I am so profusely sorry for this. I hope to begin making amends.

He says it wasn’t his goal to profit from Mary Ellen Mark’s image. He just wanted to see what it might have looked like had he somehow managed to persuade a brothel worker’s mentor to participate in photographing. Nevertheless, publishing a photo like this is unethical and even illegal, and it harmed photographer’s reputation on so many levels.

First of all, Datta has won a number of awards over the years, including the PDN 30, the Pulitzer Centre Grant, Getty Grant for Editorial Photography, Magnum Photos 30 Under 30 Award and other. The act of doctoring the images can indeed undermine his other work and all the awards he has received so far. Then, it puts into question all his work that will follow, as he’s really let down his audience and their trust. Since Mary Ellen Mark’s images are under copyright, adapting them and then publishing for commercial purposes is also illegal. And finally, the bad Photoshop job he’s done is just one more disgrace in this entire scandal.

I was really shocked when I saw this photo and read the story. This is not a way a professional, award-winning photographer would act. Still, according to the interview, Datta deeply regrets what he did, and hopes to correct his wrongdoings to everyone who was damaged in this story. Sadly, I believe he’s the one who will suffer the most damage in the end. A slip like this is enough to ruin an entire career, especially since he admitted that some of his other photos were manipulated as well. I would like to believe he’s learned his lesson and won’t do it again, especially since it’s an older work. But in my opinion, it’s hard not to be suspicious towards someone’s work in the future after they’ve done something like this. What do you think? Is it possible for Datta to regain credibility? Or this is it, the career of the photographer ends here?

« Ok, we get it. You shot it with your phone
Lomography launches innovative and compact convertible lens system »