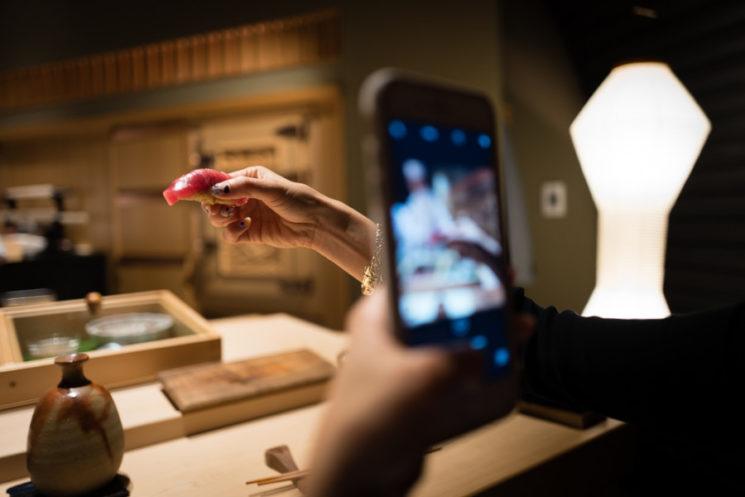 Ok, we get it. You shot it with your phone. You brought your DSLR, but you fell into a fountain and waterlogged all your gear. The repair estimate was nearly $2000, except you went to Thailand and got it fixed for $120. Good thing you had your iPhone. The quality was so good that your client, a barber named Steve who has never paid for photography, couldn’t tell the difference.

When your friend challenged you to take a night shot with your phone, you muttered, “bring it on” to yourself, then built an app because your company tells you to spend 10% of your time eating for free in the cafeteria. Then you composited 487 photos and used AI, AR, VR, ILC, and THC to get a photo that you could’ve taken with your DSLR, which you didn’t have because you tripped and broke your lens.

Ok, we get it. You’re a digital native who tried film for the first time. You’re a big deal on Instagram, and boy, wait until your followers see #film. Surprised face emojis would be poppin’, except you were shadowbanned because you’re a big deal.

Ok, we get it. You have a “system” for taking photos that doesn’t rely on the “rule of thirds.” It uses a hybrid of fractals, Fibonacci Numbers, and the golden ratio, which you overlay on all the great masterpieces to prove your “theory.” It’s the perfect compliment to your “workflow” and your LR “presets” that you’re selling along t-shirts that have your “logo.”

Ok, we get it. Your eyes are much more sensitive than ours which is why you don’t like the microcontrast on the new lens that everyone else loves, which is half the price of the other lens that everyone loves. Images look so flat to you, and we sure wish we had your visual acuity.

But man, if you think the microcontrast is bad, check out the bokeh. It’s hard to believe how out of focus it looks. Bokeh, by the way, rhymes with poke, which is, like, cubes of fish from Hawaii.

Ok, we get it. You read just read Sontag, and now you have something to say about photography. You don’t have an outline yet, but you do have working titles: “Stop Taking Pictures with Cameras” or “I Shot This Picture For Free, But At Least a Kardashian Stole It.” Also, maybe the ideas are better as tweets rather than long form.

Ok, we get it. You comment on every thread because you’re just trying to help people understand photography as well as you do…And physics, phase detection autofocus, lighting ratios, MTF charts, computational photography, social media, journalism, politics, satire and the Star Trek Kelvin Universe. And seriously, why do people even bother responding to you if they’re not going to listen to what you’re saying in the first place?

Ok, we get it. Even though you’re not a professional photographer, you’ve attended some workshops and sat next to a National Geographic photographer at lunch. So you understand the challenges of being a working photographer in the 21st century. Plus you once audited an econ course while studying music at Yale.

Ok, we get it. We get outraged over everything, but you only get outraged over the right things. We can only imagine what it is like to take photos with a moral compass as strong as yours. You should patent that into a moral polarizer filter.

Ok, we get it. You’ve shot for at that national park for nearly 2 years, and people should shut up because they don’t understand how nature works. The arch would have fallen down eventually, those tire tracks get washed away with every storm, and the heat from lava actually helps drone thermals, which we would have known if we had been shooting like you for nearly 2 years. Also, animals fall into the boiling hot springs occasionally, so why is it a big deal when a person does it?

Ok, we get it, you wrote a blog and that photo website republished it so you think you’re a big deal. But no one even knows you who are, plus you’re not even funny. Well, except the thing about medium format. That was kind of funny.