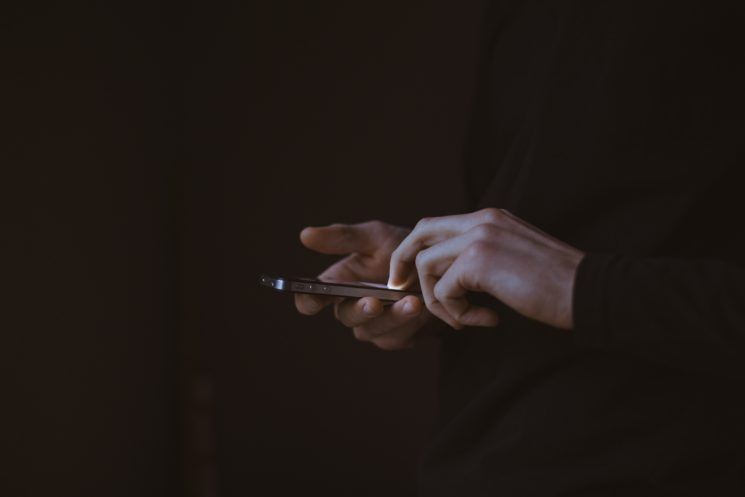 One day, while a film student Anthony van der Meer had lunch in Amsterdam, his iPhone was stolen. By the time he realized it and went to the police, it was already too late. Anthony was not that stressed about the fact that he’d lost an expensive phone. What made him particularly uneasy was the fact that a stranger had access to all his photos, videos, messages, emails and contacts. And it made him wonder – what kind of person would steal a phone? And where do these phones end up? These questions led to an idea. He decided to discover it himself and make a short movie about it. The result is stunning, but the method is ethically questionable to say the least.

Anthony contacted the developer of Cerberus, an anti-theft app for Android, asking him to change the name of the app so it’s not easily recognizable. This app enables users to control the phone remotely as long as it has Internet connection. He bought an Android phone, installed Cerberus and disabled system updates, so it was impossible to delete the app. This was a decoy phone he intentionally left unguarded in a backpack, waiting for someone to steal it. And it happened. The phone got stolen in Amsterdam, and this is where the story begins.

He reported the theft to the police, but this gave no results. A police officer told him the chances were that the phone would be sold to an Eastern European country for parts. After four days without connection, Anthony was wondering if the officer was right. Was the phone dismantled and sold for pieces? And that very evening, there was a change. He got a message that a new SIM card was inserted. So he started tracking the phone.

Using the Internet, Anthony was able to track the thief. Soon after the phone went online again, he took the photo of the thief’s face. Over the course of a few weeks, he went on taking photos, making audio recordings, and he saved location info every evening. He recorded videos as well, but only occasionally, because it cost a lot of data. It took the thief some time to delete Anthony’s photos, and then he started using the phone as his own. He added contacts, started texting and making calls.

Naturally, this tracking enabled Anthony to learn about the thief’s habits, lifestyle, and even his emotions. But what developed out of these findings was a bit unexpected. As Anthony says, he started to feel emphatic towards the thief. He seemed to be very poor, sad and lonely man, so Anthony even felt sorry for him. He felt as if there was a sort of connection between them, and as if he knew him. But then, the phone went offline again.

After a day without connection, Anthony couldn’t help but wonder what happened. So he decided to call – and it turned out that the thief still had it. Later on, Anthony decided to go and find him. Since he’d been tracking location every day, it wasn’t a difficult task. But as he was setting up the camera – the thief went out of the house. They made brief eye contact and it was startling. He was nothing like Anthony had imagined him. The sad and lonely man had disappeared, replaced by an aggressive, scary person. Fortunately, Anthony managed to go away without being recognized. After a while, the phone went offline, and Anthony says he doesn’t know what happened later. But still – the tracking might go on.

This story leaves a lot of questions open. Anthony started the “project” (let’s call it this way) to discover what kind of person steals a phone. He thought he found it out and that it was a sad, poor and lonely individual. But as he saw him, he realized this is not necessarily the case. However, a much more important question here is ethical. It made my very uneasy to know that it’s possible to follow someone around this way. I believe it could be problematic in many cases, and that it’s very unethical. But on the other hand – how ethical it is to steal? As I watched the movie, the questions kept coming to my head, and I’m not sure am I able to answer them. But at least one thing is certain – this movie has addresses some huge issues and makes you think, and if this was one of Anthony’s goals, it was definitely successful.

P.S. Wanna see other cool stolen gear stories? this one uses the Exif to locate the thief, and this one tracks them by photos the phone uploaded.

Photographer Has $15k In Gear Stolen, Uses EXIF Data To Nail the Thief

« No tripod? No problem – A lazy approach to overhead photography
Easily build a tilt lens for Sony mirrorless system for less than $65 »