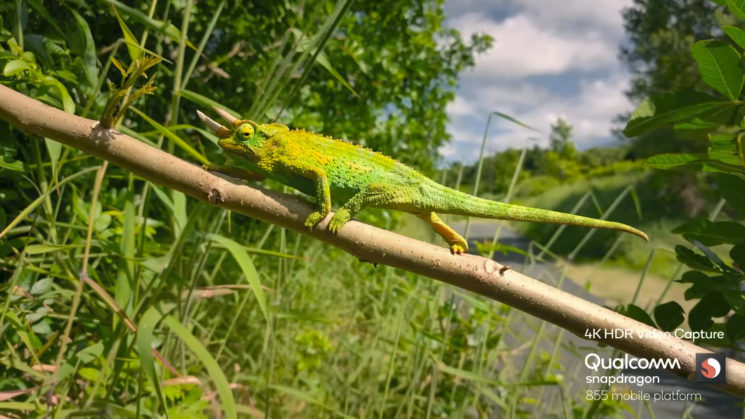 Every time a new generation of phones comes out, it always surprises me with how far they seem to leap forward with each generation. Much of it is down to software and computational photography rather than the sensors or processors themselves actually improving. But sometimes you see something that really makes you go wow.

Qualcomm, manufacturer of the Snapdragon, the most popular line of smartphone processors, has just released a video showing off 4K HDR with a Snapdragon 855-powered smartphone. Well, a prototype smartphone.

The film was shot at the Snapdragon Tech Summit in December 2018 in Maui, Hawaii using a development platform prototype using Sony’s 22.5-megapixel IMX318 sensor. The dynamic range in the video really is very impressive. You have to bear in mind that this is a phone we’re talking about.

Sure, it’s not perfect. It’s quite heavily saturated and the compression is pretty high, but to even capture that much shadow and highlight detail in a single scene on a phone camera sensor is pretty amazing. And phones with newer sensors (even though Qualcomm only posted this today, it was shot six months ago) could produce even better results.

The Snapdragon 855, is Qualcomm’s flagship processor and is found in several recently announced devices, like the ASUS ZenFone 6 and OnePlus 7 Pro. As well as 10-bit 4K Rec.2020 video, it also supports HDR with camera sensors up to 48-megapixels.

There are at least a dozen devices on the way with containing the Snapdragon 855. Whether or not any or all of them will support 10-bit HDR video is up to the manufacturers of those devices to implement. Snapdragon simply offers the tools, but there are no guarantees that a phone manufacturer will take advantage of them.

ON1 Photo RAW, the first new RAW processor in a decade

LG’s next flagship phone may have “only” five cameras

« These are seven habits of highly successful landscape photographers
“Shazam for nature” identifies plants and animals in your photos, and it’s free! »