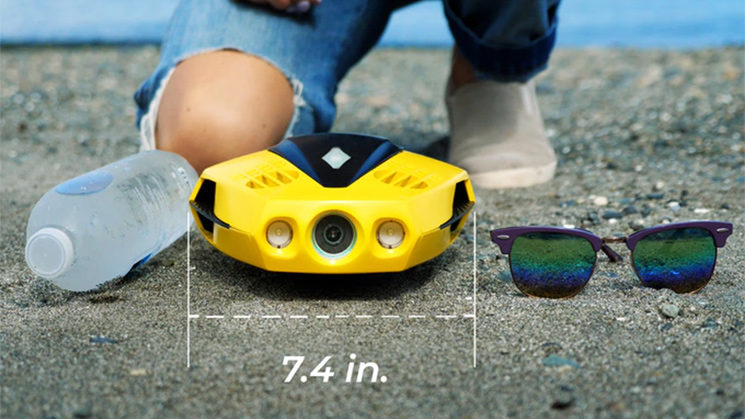 With much of the world now starting to get over the whole drone thing, thanks to a combination of constantly changing and ever-restrictive drone laws and simple boredom, it looks like some folks are starting to shift their attention from the skies to the water.

CHASING, the company behind the Gladius Mini underwater drone now has a new, smaller, more affordable one coming. DORY includes many of the features of its more expensive alternatives. It has a 1/2.9″ sensor with an f/1.6 lens offering a 100° field of view, +/- 45° tilt, and shoots 1080p video. DORY is currently being funded through Kickstarter, and with 15 days to go is already more than 400% backed. 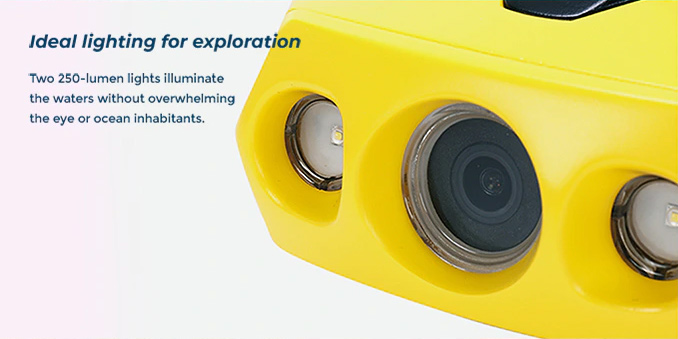 Unlike aerial drones, underwater drones are tethered in order to keep receiving a signal from your controller. Radio waves don’t really travel all that well through water, so right now there’s no way around it. But you’re it’s not tethered directly to your controller. It’s tethered by a 15-metre cable to a Wi-Fi buoy which floats above it on the surface of the water. Then you connect to the buoy wirelessly from your smartphone.

Two people can connect to it at once, too, allowing one person to control DORY’s physical movements while the other controls the camera. Apps are available for both Android and iOS, and it supports live streaming to various social media platforms.

Looking at the campaign video, it looks pretty cool, although I’d want to give it a go in person before I committed. If you want to back the Kickstarter, though, you can pledge to get your own DORY for as little as $349 and they’re expected to ship in November. It’s already beaten out its $30K goal, and is currently sitting at around $135,000 with 15 days left to go.

There’s no word on what the retail price will be once the campaign is over.