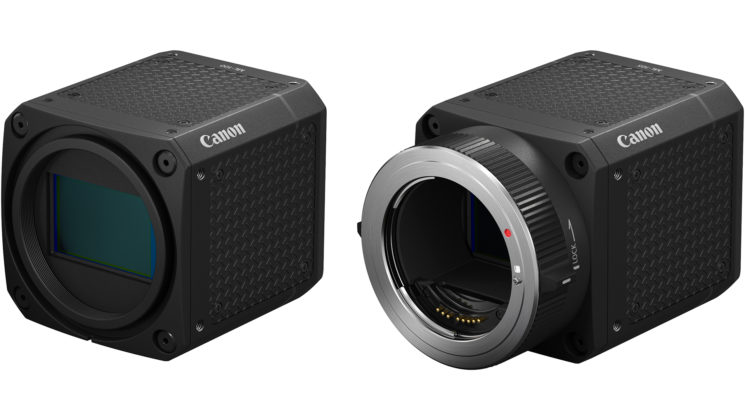 Another new announcement from Canon today, but this time, it’s a camera. Two, technically. They’re the Canon ML-100 and ML-105, which feature 35mm full-frame CMOS sensors. They’re designed primarily for industrial use, but with that large sensor and high ISO performance, there’s sure to be some low-light attraction for filmmakers, too.

They’re modular cameras, designed to work with other kit, like external recorders – as there’s no native internal recording in either of the cameras. They’re about as bare-bones as it gets. You’re probably going to need some deep pockets, though!

Both cameras feature a 35mm full-frame CMOS sensor and both are available in two different lens mounts. The first is the EF mount, allowing users to utilise Canon’s entire stock of EF mount photography and cinema lenses (as well as those from third parties). The other is an M58 mount, which Canon says “offers lens customization and design choice to the user” who may wish to create custom optics or adapt specialist lenses to fit.

This large sensor and relatively low resolution are what allows these cameras to utilise the extreme light-gathering abilities that ISO 4.5 million requires. They’re essentially the follow up to 2015’s ME20F-SH, which we recently featured here. It offers the same level of sensitivity performance as the five-year-old camera, but massively shrinking its size. 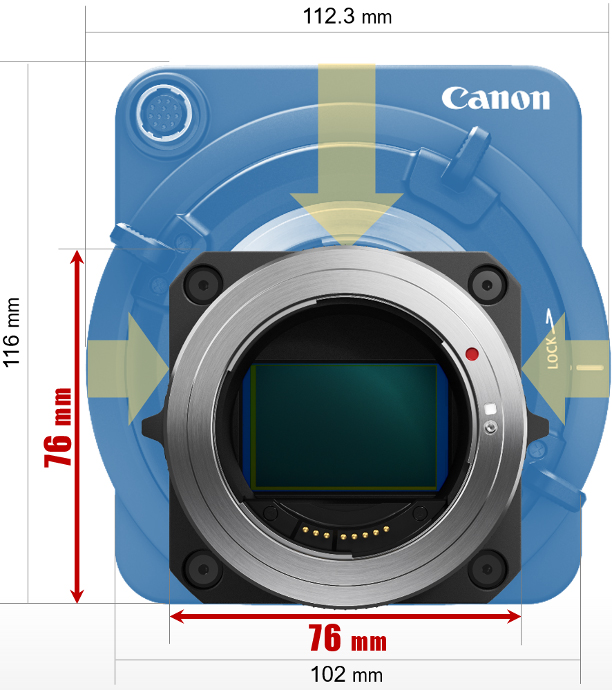 As well as two lens mount options, there are also two different options for the rear side of the unit which determines what sockets you get on the back of the camera. This is what distinguishes the two different models.

One (the ML-100), offers a CoaXpress terminal, primarily for use in industrial systems, allowing for 12-Bit RAW data output, shooting Full HD video at up to 73 frames per second, bringing with it all the advantages one expects with raw video.

The other (the ML-105) provides 3G/HD-SDI video terminals, better suited to more standard video shooting environments. It’s capable of putting out 10-Bit 4:2:2. Thanks to its DIGIC DV4 image processor, it can output at up to 60 frames per second.

No prices have been announced yet, but given that it’s essentially the successor to the $20,000 ME20F-SH (which was $30K at launch), I wouldn’t imagine it’ll be cheap. But you can find out more about the cameras on the Canon website.