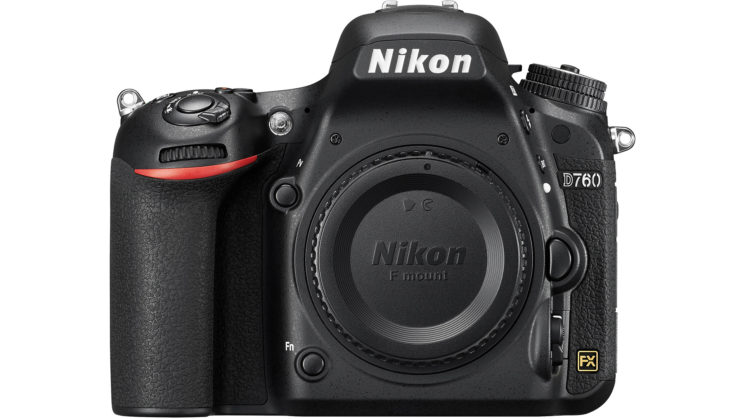 Nikon D760 rumours first started popping up around the time of Photokina 2016. We’d heard a few of them ourselves while at the show, along with early rumours of the D850. We were all a little disappointed when they only announced their now defunct KeyMission cameras. Then we heard nothing more until April when the D760 rumours started again. After that, radio silence once again.

Now, though, Nikon Rumors is hearing new word that the Nikon D750 is on its way, and that its replacement (presumably called the D760) will be announced at some point during the first half of 2019. They say we can also kiss goodbye to the Nikon D610.

According to NR, the Nikon D760 will essentially become the new entry level full frame DSLR in Nikon’s lineup, and the whole D600 line will cease to exist once the D610 disappears. Although current pricing is a little odd between the two models. The Nikon D610 is selling for $100 more than the Nikon D750. And the D750 comes with a free grip. The D610 doesn’t.

The heavily discounted ($600 off regular) price of the D750 does suggest they’re trying to unload stock to make room for a successor, but it makes the D610 pretty much unsellable at the current price point.

But “the first half of 2019” lasts a whole six months. Perhaps they’d planned to announce it at Photokina in May, but that idea’s down the drain now. So, exactly when they may announce it is anybody’s guess. I doubt it’ll be during The Photography Show in March. Perhaps NAB in April? An actual release is expected in the latter half of 2019.

NR has also posted a few potential specs and other details for the impending D760.

The details above seem almost certain given Nikon’s history and customer expectation these days. It will be difficult for any company to release a full frame DSLR or mirrorless camera today that doesn’t shoot 4K video, for example. So I think 4K video capability is a pretty safe bet.

Nikon has been shifting buttons around in various models to fall more in line with user preference. and as for the improved autofocus… Well, once a camera reaches four or five years old, we sure hope its replacement would show some improvement in that area.

The D750 isn’t dead yet, though, and NR says that a new firmware is expected at some point, which addresses some memory card related issues. Beyond that, there’s not really any information on what else may contain.