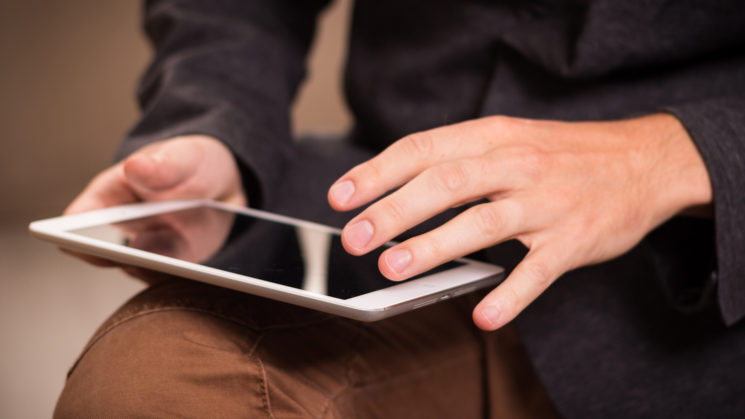 According to a report on 9to5Mac, it looks like Apple might be starting to loosen their grip on external storage with iOS devices. New details shared from the Worldwide Developers Conference, seems like apps will be able to access external storage directly, just like Android, rather than having to import through the photos app and store on the camera roll.

With a new API, apps will be able to capture photos from external devices such as cameras and SD cards, without having to go through the Photos app.

Their brief description of a new API that allows developers to read photos straight from external devices doesn’t go into too much detail. But it appears to be something of an extension to their Lightning to SD card reader and Lightning to USB3 Camera Adapter.

It’s been a while since I’ve used the camera connection kit with my old iPad 3, but you would essentially have to import images from the card (or the camera through USB connection) using the Photos app onto the internal storage on the camera roll. From there, you could access the photos in other apps. Now it looks like you’ll be able to bypass that importing step and access your camera and SD cards directly.

And while “cameras and SD cards” are just examples, indicated by the “such as” qualifier, it doesn’t mean that there will be more options than that. We don’t know if it will power & support 3rd party USB card readers – which might let us also use CFast, CFexpress, XQD and other card formats. Will we be able to save back to the card once we’re done or is it read-only storage?

It also doesn’t mention other devices like thumb drives and SSDs. This is one of the big reasons why I switched to Android a few years ago. With my ASUS ZenFone 5 (and other Type-C Android phones I’ve used), I can connect my USB card readers directly to my phone and back up my cards in the field. I can then hook up something like a Samsung T5 SSD and copy the images back out to that so that when I get home, I don’t have to deal with memory card transfer speeds when I’ve been shooting a lot of stuff.

The pain in the backside workflow of having to import through Photos and not having any real access to external storage is why many photographers still don’t consider the iPad (or iPad Pro) a useful tool as part of their editing workflow. It’s just too much of a hassle to deal with. If apps like Lightroom can now access external media directly, though, that should make life a lot easier.

The wording, though, does suggest that external storage access read-only. And it’s likely going to be limited to cameras & SD cards using the existing Apple cables mentioned above. So Apple users still probably won’t get access to real external storage solutions.