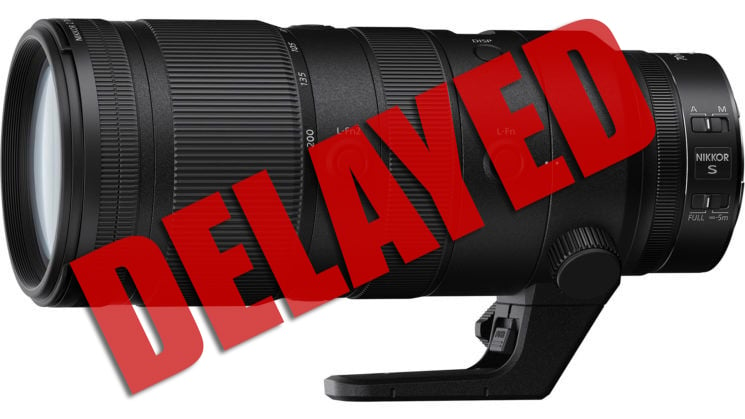 Nikon started off the year announcing a lens Z-mount shooters had been waiting for. The Nikkor Z 70–200mm F2.8 VR S was supposed to start shipping in early February, but Nikon has announced that the shipping is delayed.

The lens was supposed to start shipping on 14 February, but it has been delayed until further notice. The official statement on Nikon Japan’s website reads that the delay occurred due to “production reasons,” but no specific details have been revealed.

Here is the statement translated to English:

We apologize for any inconvenience this may cause to customers waiting for this product.

The Nikkor Z 70-200mm f / 2.8 VR S was rumored way back in October 2019, and it was officially announced this January. The great news is that it’s $200 cheaper than the F mount version for Nikon DSLRs. But, it looks like you’ll just have to wait for it a little longer.

The new shipping date has not yet been announced, but we will update this article once we know more.

« HDR – an abomination? Not if you do it right!
Photographer ordered to pay $200,000 after not delivering images to 54 clients »