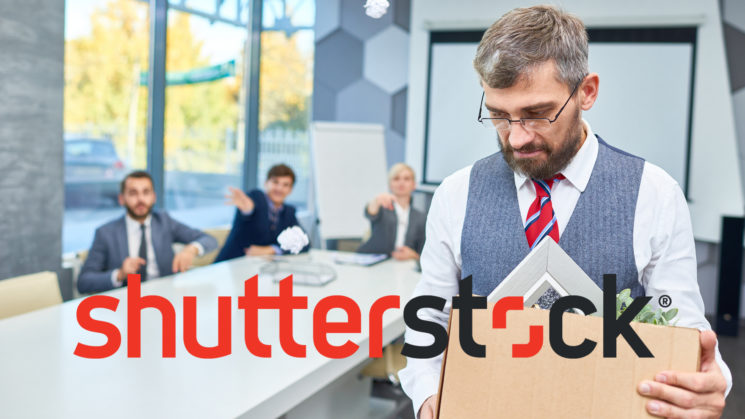 A few months ago, the Chinese government reportedly required Shutterstock to start censoring some topics for China-based users. Some Shutterstock employees disagreed, claiming that “blacklisting” search terms wasn’t in accordance with the right of free speech. But one of the executives responded to it by basically telling them to go and work somewhere else.

According to NBC News, the Chinese government asked for some sensitive topics such as “Taiwan flag” to be excluded from search results in China. The unsatisfied Shutterstock employees reportedly expressed their frustrations at every big internal meeting. And at the last of such meetings, company president Stan Pavlovsky told them “to pursue other opportunities.”

NBC News obtained the recording of the meeting. According to this source, this is what Pavlovsky told to the employees who repeatedly shared their concerns about the censorship:

“The beauty of where we live and where we work is that we’re free to make those choices. And so, you know, it’s a great market, and employees have a lot of opportunities to work here, to work elsewhere, and we are very supportive when employees do not feel that this is the right place for them, to pursue other opportunities.”

This left Shutterstock employees in shock. The company reportedly declined to comment on Pavlovsky’s words, but he did it himself. He gave a statement to NBC News where he reportedly kept a similar attitude. “While a small group of employees expressed concern for this matter, many others have proactively communicated their appreciation for our handling of the topic and that they understood our decision,” he told NBC News. He added that Shutterstock welcomes all opinions from its employees, but also supports those who decide to leave over a major disagreement.

And indeed, some people left Shutterstock due to this particular disagreement. The company employs over 1,000 people, NBC News writes. Three of them have left, and reportedly more of them are considering doing the same. Additionally, more than 180 of them had reportedly signed a petition opposing the Chinese government’s censorship request.

When you have over 1,000 employees, I believe that you can’t please everyone. And people should have the opportunity to find a new job. However, this censorship can (and most likely will) impact the company’s revenues. And objectively speaking, it restricts freedom of information, which is a serious global problem that goes beyond earnings. So I think it’s not about just “working somewhere else” and it sounds like Mr. Pavlovsky has missed the point, but that is just my impression. What do you think?