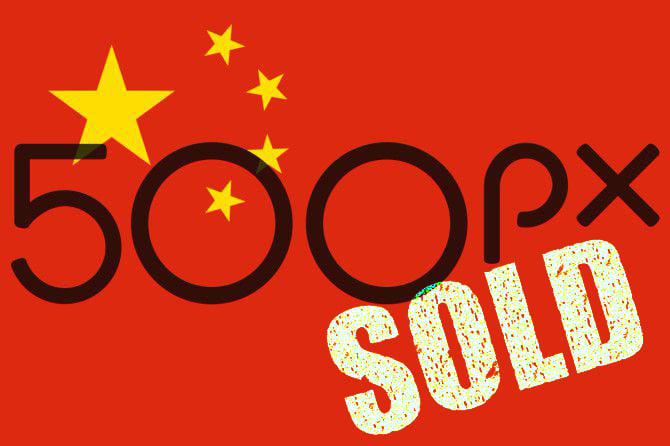 Today, 500px has announced that they got fully acquired by Visual China Group (VCG), also known as the “Getty Images of China.” VCG was 500px’s lead investor in 2015, but as of today, they own 100% of the company’s shares.

Back in October 2015, the collaboration with VCG got 500px under fire. The company launched a Chinese counterpart of the website, 500px.me. The content they posted on 500px would automatically appear on the Chinese counterpart with no opt out. The users protested so hard, that it took only two days for 500px to remove the Chinese sister website entirely. The company admitted that it was a mistake not to be open to the users, and their Community Engagement Manager issued an apology. Later on, they relaunched 500px.me as a beta, and it required the users’ consent for publishing their work.

Ever since it was created in 2009, 500px has grown to the number of 13 million members. In the official announcement of the acquisition, the company explains their goals of selling the website to VCG. There’s a plan to roll out some new features this year, such as improved statistics, private messaging and sub-communities for photographers. 500px also points out that this acquisition will help users have a greater reach.  According to TechCrunch, both companies will also offer AI and blockchain technologies to their members.

As TechCrunch writes, VCG is currently the world’s third-largest visual content provider. Back in 2016, they also acquired Corbis. There is no word on the sale price of 500px, at least not officially. Off the record, a report claims that 500px was sold for $17 million.

Judging from the comments, many users are unhappy with the acquisition. Just like in 2015, some of them have deleted their accounts, and some claim they plan to do it. As it seems, these 500px members are worried because China is not really famous for protecting copyright.

As far as I’m concerned, I’ve never quite liked 500px anyway (I wrote about it here).  I think I should delete my account regardless of VCG’s acquisition, as I almost never use it. But I’m interested in hearing your thoughts. Will this make you delete your account? Or you believe it will open the door for a wider audience and more possibilities?

« Samsung Galaxy S9 is the first smartphone that lets you change aperture
How Apple makes you cry in three minutes, using only an iPhone X »