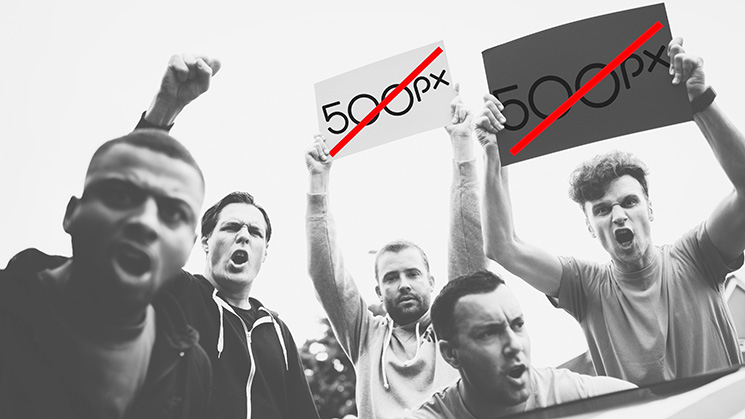 It looks like 500px never lacks new reasons to make photographers angry. Users have recently received a notice that the website is changing its Terms of Service. The updated agreement has sparked some outrage among photographers, making them delete their accounts.

Photographer Beno Saradzic (previously) shared a screenshot of 500px updated Terms of Service on his Facebook profile, particularly the part about the rights. “I just read 500px’s updated Terms. It seems they have made a full transition to the Dark Side. 500px, seriously, WTAF?? #sad” Beno wrote in the caption. And judging from the comments, many people got furious and went on to delete their 500px accounts.

There sure are plenty of reasons to be mad at 500px and even delete your account from the site. They made stupid mistakes like banning a Photoshop master they’d previously promoted on the site’s own blog. Or banning a light painting photographer because of “non-photographic content.” There have been more serious hiccups and changes that affected all of us. Some of them are the redesigned home feed, killing the Creative Commons licensing, quietly reducing free account uploads, and of course – a data breach.

All of the above reasons made me delete my account a long time ago. But if I still had the account, would the changed Terms of Service be another reason to delete it? Well, exactly, the answer is no. As PetaPixel notices, the new terms are not actually all that new. They have only been reworded a bit, but these are the same terms you have been agreeing on for years if you’re a 500px user.

Here are a few screenshots of Terms of Service before the update: 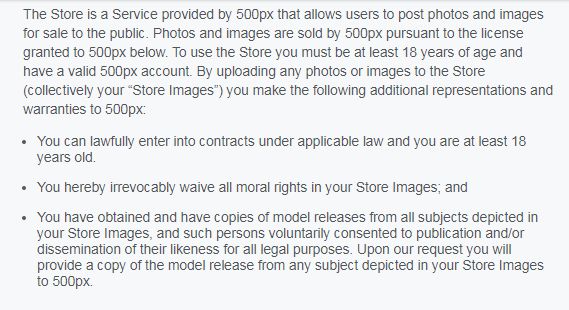 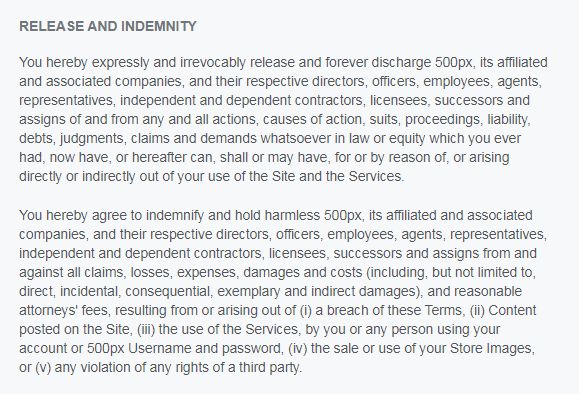 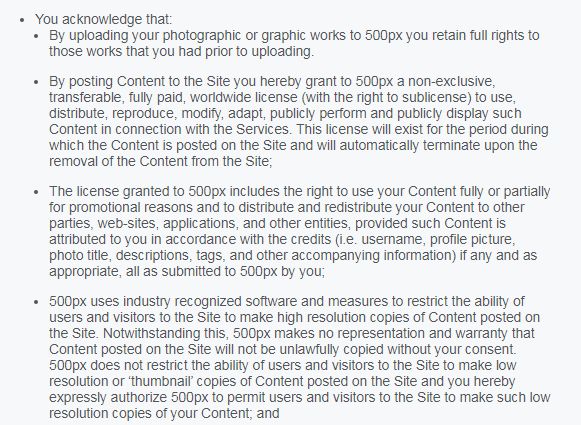 And these are 500px’s Terms of Service as they are now: 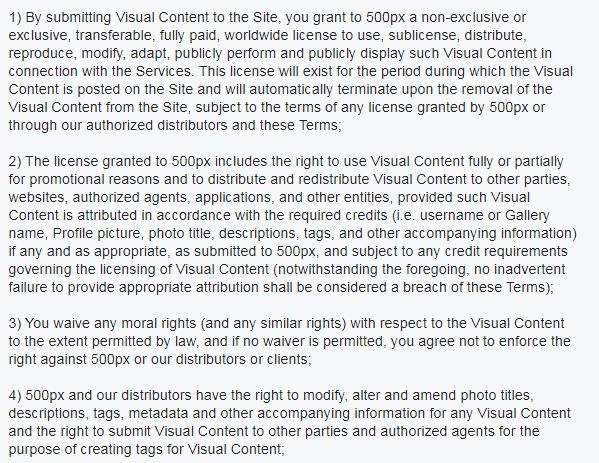 The only thing that has actually changed is that 500px has consolidated two agreements into a single new Terms of Service. Previously, the Terms of Service and the Contributor Agreement were two separate documents. And by the new update, they have been merged into one. As for other terms regarding your rights, it turns out that they have been here all along.

As I mentioned, I deleted my 500px account a long time ago for multiple reasons. If you were okay with the old terms, you will be okay with the new ones too, considering that they’re basically the same. But if you’d like to delete your account after all, here’s how to do it permanently.

How to stand out among 2.6 billion photographers