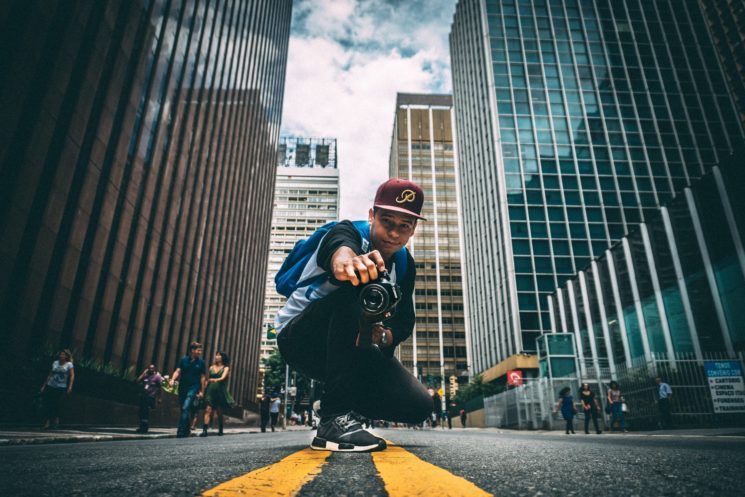 The piece was written by Queens-based Jean Son. She describes three cases when street photographers aimed her lenses at her, both from afar and from up close. She called the police two times when she spotted photographers pointing their telephoto lenses at her. The third time, a photographer allegedly lifted his camera inches from her face. “It’s not illegal,” he said, according to Son. “It’s art. Get away from me.” The author admits that he deleted the photo he took and walked away.

“He’s right: It’s not illegal to take photos of people in public,” Son writes. “But women are victimized by this lack of legal protection of our images.” She cites several cases when charges were dismissed against men who were taking upskirt photos, adding that this kind of photography is a felony in New York. “But while it’s great that taking photos of specific body parts is considered a crime,” she continues, “any act of photographing someone in a degrading, violative way without her consent in public is wrong and the law should reflect that.”

“I have been working with Councilman Jimmy Van Bramer on legislation convening an image privacy task force that will address photography as a vehicle of gender-based violence in public places. If this bill is passed, the next perp will have to think twice before assaulting another woman on our streets in the name of ‘art,’ or a ‘free country.'”

Judging from comments on Twitter, the article wasn’t received very well among many readers. There are a few things people pointed out as problematic, and honestly, I agree with most.

Another problem is in the language Son used. “Stop calling photography violence – you’re making a mockery of actual victims of violence,” another user pointed out. Indeed, when will people understand that photography is photography, it’s not terrorism or violence or anything that harsh?

“If it is to be banned, then why should it be exclusive to women?” asked another user. This is another potential problem. Even though women are more often subjects of creepy dudes with a camera, shouldn’t the law be equal for everyone? Not to mention that being a creep with a camera is not the same as being a street photographer.

Personally, I don’t see how this could be regulated. First of all, taking photos in public is legal and I don’t think it will change. I agree that we should all be protected from those creepers who take upskirt and other inappropriate photos. But like I said, these people are not street photographers. Also, most people who take photos for the sake of art won’t argue with you. If you don’t feel like being photographed, you can approach them and ask them nicely to delete your photo, without calling 911 or proposing a law. That’s at least how I deal with it, and I’ve never had a problem. But that’s just me.

What do you think of this piece? Do you think that the author is right or not?

Gender Based Photography Groups – WHY?