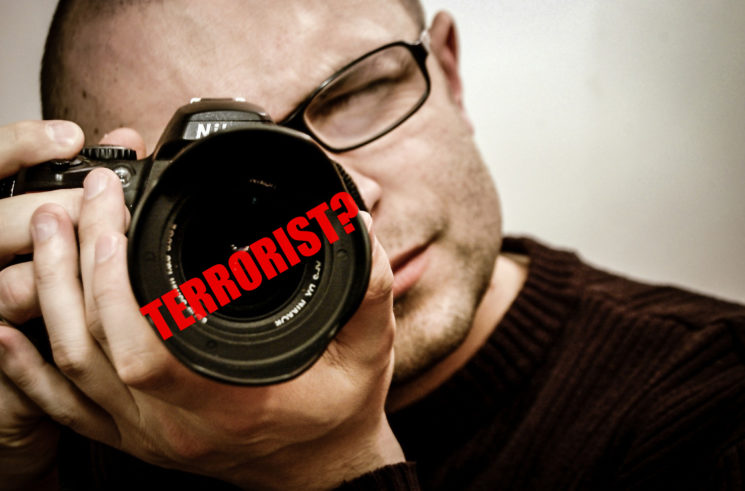 I’m sure many photographers have experienced unpleasant situations when they have been photographing particular structures, facilities, and places, even if they were on public land. But Homeland Security has taken this to a whole new level. It recently published a tweet in which it warns the public that photography may be one of the signs of terrorism.

Know the signs! Did you know photography and surveillance could be a sign of terrorism-related suspicious activity? If you notice this, be sure to report it to local authorities. #seesay #protectyoureveryday pic.twitter.com/Xu9L6p5FcR

The DHS warns the people to “know the signs,” adding that “photography and surveillance could be a sign of terrorism-related suspicious activity.” According to the DHS, people should make sure to report this to local authorities:

Taking pictures or videos, or a prolonged interest in personnel, facilities, security features, or infrastructure in an unusual or covert manner.

In response to this tweet, someone posted a link to an article on American Civil Liberties Union (ACLU)’s website, stating photographers’ rights. The article starts with this paragraph:

Taking photographs and video of things that are plainly visible in public spaces is a constitutional right—and that includes transportation facilities, the outside of federal buildings, and police and other government officials carrying out their duties.

Personally, I’ve had problems so many times when photographing scenes like this, I can’t even count how many times it has happened so far. I’m sure many of you have been in the same situation. And an interesting thing I noticed is that no one gives a damn when you take photos with your phone, but the moment you pull out a DSLR, you become an object of suspicion.

Okay, I get that the DHS probably isn’t referring to smiling tourists snapping away photos during their walk through the city. But where exactly is the limit? What one person sees as perfectly normal, another may see as “unusual or covert.” They can report it to the authorities and put the photographer in an inconvenient and very unpleasant situation. As if we don’t get enough of that already.