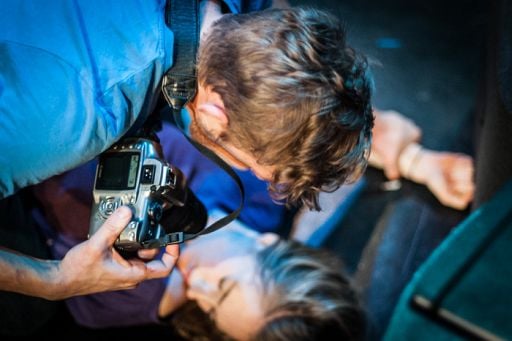 Obviously a perfectly healthy situation for all involved

What Is A Creepy Photographer?

Creepy is a broad word, so lets drill down a bit and get this defined properly. By creepy photographers I mean two specific groups of people. The first is the intentionally creepy ones, the photographers every parent fears their child might run into, the stalkers of modelmayhem, the guy with the “art project” that involves a lot of you being nude and very little art, the middle aged man who has another career and a “boudoir” or “glamour” “studio” in his basement, and the photographer who is more focused on complimenting your ass than making images. Basically I’m talking about any and everyone who uses photography as a way to get into close proximity with nude people, pick up chicks/hunks or live out some sexual desire.

The other kind is the “are you one of these?” kind, the photographer who isn’t aware that they’re being creepy, who has the best of intentions and might just be failing a bit with the social-skills. While these aren’t intentionally hurting every other photographer, and creeping out innocent people, they’re still doing both, and it needs to stop.

Why Do Creepy Photographers Suck?

First and foremost because they’re being creeps towards their subjects. In a simplistic sense they’re taking a situation where the subject is often vulnerable, either due to lack-of-clothes, or simply due to personal intimidation, and forcing their sexuality on the subject. There is a reason we don’t usually allow say… teachers to do that to their students, doctors to their patients or police officers to their subjects. That is because as that teacher, doctor, police officer or in this case photographer, they’re in a position of authority and power, and whether they like it or not, forcing their sexuality on someone from that position is abusing that position. And even if their intentions are super noble and pure and the 400 other excuses one can come up with (boys will be boys, I can’t control my emotions and she was flirting with me comes to mind), they are still making sexual advances from a position of authority and power, even if they try not to. The situation in a shoot, particularly a portrait session, boudoir session or other one on one photography session is one with a completely skewed power-balance, you simply can’t get around that. I’m not going to go into a debate about why, or whether, it is ethically wrong to abuse that position of power in order to achieve sexual gratification, it should be obvious to anyone. If you want to argue this point, lets duke it out in the comments section.

Secondly, they’re hurting every single one of us. As a male photographer, I have to deal with a shitload of suspicion and mistrust, and that sucks. Now don’t get me wrong, I completely understand, and even encourage this, due to the ridiculous amount of creepy photographers, or as they’re endearingly called GWCs, but it sure as hell frustrates me. I meet a lot of people I want to photograph simply because I would love to have their face in my portfolio, think they’re perfect for an idea for an image I have, or just because. Since I’m not at all interested in boudoir photography, aren’t really doing any nude art stuff, and have a body of work I can show people, I can usually get around it. For someone just starting out, or wanting to do nude art, this must be orders of magnitude more annoying. This is basically both messing up the general reputation of photographers, and photography, and getting in the way of awesome images being made by awesome photographers, that sucks! 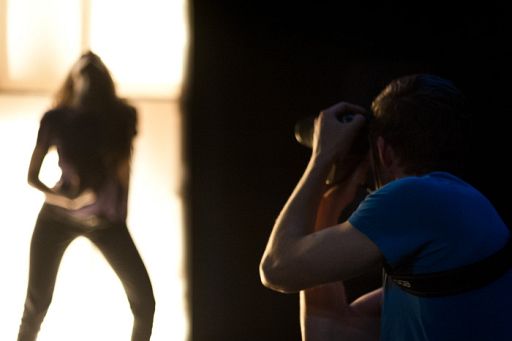 “C’mon, take of your blouse baby, for the art!”

On Positions Of Power, And Abusing Them

So, up there two paragraphs ago I ranted a bit about positions of power and abusing them, we need to dig a bit into this to make it clear. In a ton of social situations the balance of power is completely unbalanced, a photography session is one of those. This isn’t implicitly a bad thing, since as the photographer I need to be able to control the situation, the final image is my responsibility and therefore I am the one deciding how to best go about creating said final image. Imagine having to argue and vote on the placement of lights, shutter speeds and backgrounds, it would end up with terrible situations and terrible images, so by necessity the photographer is in a position of power during the shoot. On top of that, a lot of people become super aware of how they look, if they are “pretty enough”, and sort of go into a tailspin around all the things they don’t like about their looks when they’re being photographed. On top of THAT having so much attention focused on you, and a very common desire to please and live up to expectations, makes for a generally insecure, obedient and submissive subject. We get around this in tons of ways, talking, smiling, building report etc. but in most situations the fact remains that the photographer is the authority, and the subject is well, the subject of said authority. Just image how you feel when you’re at the dentist, you’re anxious because the situation is intimidating, the dentist is basically the judge on whether you’re good enough, or not good enough (at maintaining dental hygiene), society tells you that you need perfect white teeth and here you are, strapped down, on your back, with 2 tons of steel shoved into your mouth and some person closely examining the worthiness of your teeth.

The thing about people and power is that it sort of infects the entire social situation. If your dentist suddenly asked you to quickly raise your arm, you probably would. The arm has nothing to do with the dentistry, it probably wouldn’t make much sense if you thought it over, but you’d probably still do it. This goes for photography sessions to. From that position of power it is WAY easier to push people past their boundaries, whether those be boundaries about flashing a big grin, or taking of the top. Now we need to listen to Peter Parker’s uncle here, with great power comes great responsibility, and as the person in power, you have a huge responsibility to your subject. It is your responsibility that you don’t push them beyond what they’ll be super happy about when they see the images, it is your responsibility to try and understand the social boundaries of your subject and respect them, because in a lot of situations you won’t be told if you’re stepping on them, you’ll just end up being a damn creep that acted in a way that was really uncomfortable to your subject. Or if you’re a nefarious fuck, you’ll end up pushing your client into a sexual or personal situation that they’ll feel like complete and utter shit about afterwards because you wanted to get your gratification. Do you really want to be that person? didn’t think so.

Adding to that already complex situation, people are different. Some people are totally cool with being nude, some people aren’t. Some people like a rude ping-pong of comments and sarcasm, some people really do not, and if you want the best image, the best memory in your clients mind, and to not be an asshat, you need to navigate this because you’re the authority, and you’re the one who can push people around on the set. 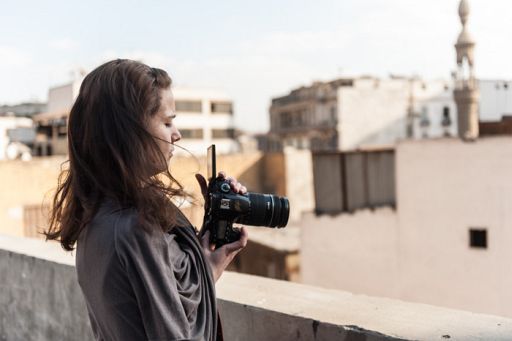 How Not To Be A Creepy Photographer

It has taken me a shitload of time to make any sort of coherent list of thoughts for this part of the post, and I’m sure it can be both added to and edited, and probably will be over time, but for now, these are my thoughts on how you avoid being a creepy photographer.

This is something I think about a lot, and by far not something I’m done learning about, and thinking about, so really, feel free to take me to school on where I’m wrong, what I missed and what needs to be added, because I sure as hell don’t want to be a creepy photographer, and I’d really like the world to be less creepy. Comments are open, mails are read and I’m all for a good debate :)