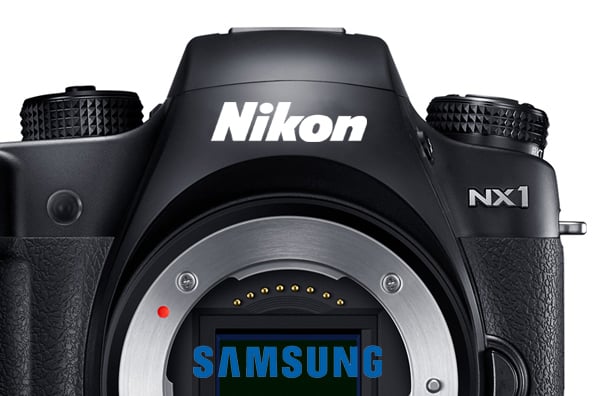 Rumors were spreading fast yesterday that Nikon acquired Samsung’s mirrorless technology, but an official statement from the Korean giant denies the NX tech will be changing hands.

Skeptics will say it’s a standard denial that isn’t necessary true, but a close look at the exact wording of the statements so far indicates Nikon and Samsung might go into business together rather than Samsung shutting down its imaging business completely.

Following yesterday’s rumor, a Samsung spokesperson told Amateur Photographer that “Media reports that Nikon is allegedly buying our NX technology are not true”.

So if Samsung isn’t selling its imaging business, why is it closing operations in so many countries?

At this point it’s no more than a guess but humor me, will you?

The idea of Nikon buying Samsung’s mirrorless technology made sense considering that the NX-series is one of the best out there, and Nikon is in desperate need of a good mirrorless system.

Notice the words ‘withdraw’ and ‘production’.

Later on, when Samsung UK announced it is phasing out of the market, it said that “we have taken the decision to phase out the sales and marketing of these products”.

Notice the words ‘sales’ and ‘marketing’.

Now Samsung said that Nikon didn’t buy its technology, but didn’t deny any other business between the two.

I might be way off here, but I think it’s completely possible that Samsung and Nikon will work together on a mirrorless system. Sound a bit crazy, but this fits with the statements.

If true, Samsung keeps the NX tech, doesn’t withdraw from the camera business and doesn’t stop production. It will however “phase out the sales and marketing of these products”, as it said it will be doing, since Nikon will take over those roles.

Considering the fact that Samsung supplies electronics to many tech companies in various markets, including Apple’s iPhones, it’s not so farfetched that it might come up with a similar arrangement with Nikon. A Nikon mirrorless body with some of the insides manufactured by Samsung.

Should such an agreement exist, it’s possible that yesterday’s rumor was based on an exclusivity clause granting Nikon the soles rights to use the NX technology for a certain period.

Like I said this is just a guess, but you’ve got to admit weirder things have happened.

Think shipping companies care about your gear as much as you do? Think again