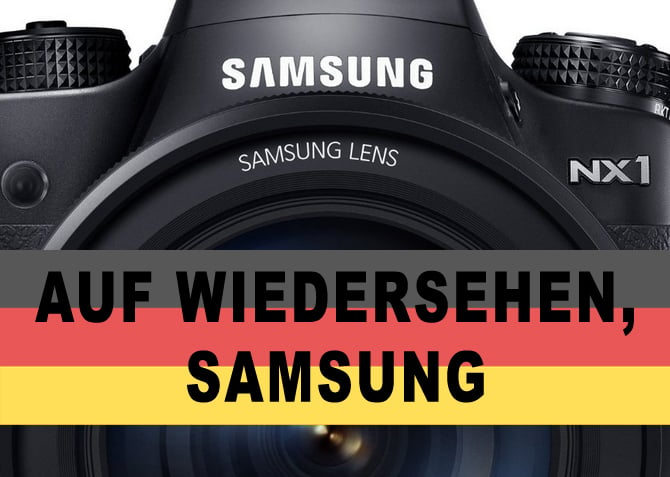 Just last week we came across reports from Hong Kong, Australia and Europe claiming that Samsung is about to shut down its camera business in those countries, and the first official announcement is already here.

Despite stressing that this announcement will only affect the German market, phasing out of the largest economy in Europe seems like a strong statement regarding the company’s future steps.

Below is the official statement provided to fotoMAGAZIN:

“In Germany, we have been observing for some time a gradual decline in demand for digital cameras, camcorders and related accessories. We have to adapt to the demands of the market and have therefore decided to phase out sales and marketing of these products gradually. This is a decision that affects only the German market.”

It now seems like it’s just a matter of time until Samsung’s cameras disappear from the rest of Europe as well as Australia and Hong Kong. It is too early to tell what will happen in other regions, but I bet Samsung customers worldwide will be losing faith in the future of its cameras.

fotoMAGAZIN added that Samsung Germany was unable to answer questions about a possible comeback to the local market.

This is a sad development for a company who just five years ago was ‘determined’ to become “the best selling camera brand” by 2015.

While not shocking news, it does come as a bit of a surprise considering Sony’s mirrorless cameras are doing so well in Germany.

Samsung: “We want to beat Sony in the image sensor market”we