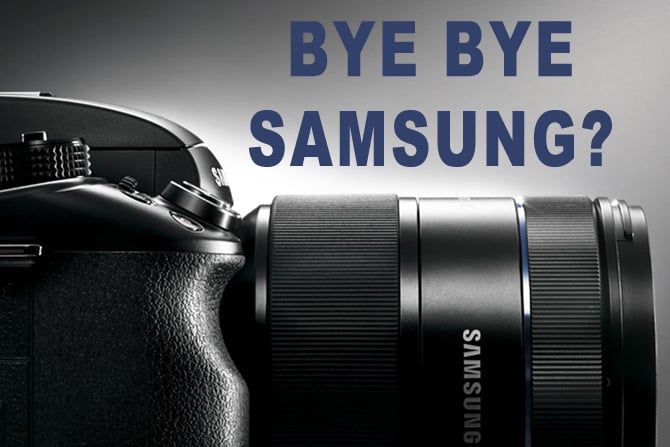 Last month we shared a report coming from South Korea stating that Samsung is quietly pulling out of the camera business.

Despite a vague denial by the company, similar reports are now coming from another Korean newspaper as well as Spanish and Portuguese stores.

Could this be the end of the NX cameras?

A Korean newspaper called Asiae, which according to Mirrorless Rumors is a reliable source, is now also reporting that Samsung’s entire digital camera business is going under.

The report states that developers have been moved to the company’s smartphone and medical divisions, and that Samsung has stopped promoting its cameras. This includes marketing campaigns, as well as the Samsung Camera website which doesn’t seem to have been updated since the end of June.

“Withdrawing from the camera business is not true and there is no official plan to stop production of cameras and lenses.  Samsung continuously analyzes the varying needs and requirements of consumers in each market and region very carefully.  However, we do not officially comment on rumors or speculation.”

The vague nature of the statement led Image Resource to believe the company might simply be stopping to sell point-and-shoot cameras.

Such a move would make sense, due to the improvement of smartphone cameras in recent years and the collapse of the P&S market, but a Spanish magazine claims otherwise.

According to Quesabesde, stores and distributors in Spain and Portugal say that Samsung has “practically disappeared” in recent months.

MR adds that Samsung itself confirmed it will no longer sell NX cameras in Portugal, and Quesabesde said the NX1 never even made it to the Spanish market despite a local interest in the camera.

Perhaps this simply indicates that Samsung is pulling out of the Spanish and Portuguese markets, rather than its entire camera business shutting down, but that would be an extremely odd decision for a company that stated it wants to become the best selling camera brand.

« 8 Levels of Photographer Portrayed as A Video Game Levels
Halloween Special: Buy 3+ Halloween Packages and Get 50% off »