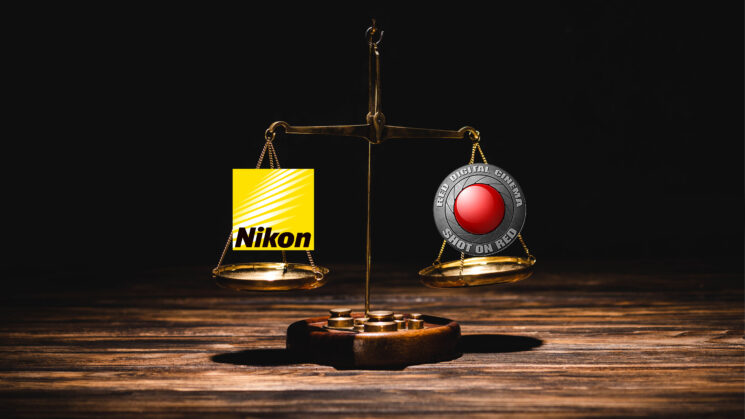 Earlier this year, RED filed a lawsuit against Nikon blaming them for illegally copying their video compression patent. Nikon announced the new version 2.0 firmware for the Nikon Z9, and RED claimed that Nikon illegally infringed on seven patents that deal with “a video camera that can be configured to highly compress video data in a visually lossless manner.”

However, Nikon isn’t ready to give in without a fight. The company recently answered to RED’s accusations, claiming that they deny every allegation of the infringement. And from Nikon’s statement, it appears that they’re ready to prove their claims in court and challenge RED’s lawsuit.

Here’ s aquick recap: RED accused Nikon of using a type of compression that it has patented. “The camera can be configured to transform blue and red image data in a manner that enhances the compressibility of the data. The data can then be compressed and stored in this form,” the lawsuit reads.

“This allows a user to reconstruct the red and blue data to obtain the original raw data for a modified version of the original raw data that is visually lossless when demosaiced. Additionally, the data can be processed so the green image elements are demosaiced first, and then the red and blue elements are reconstructed based on values of the demosaiced green image elements.”

But Nikon has responded. “RED is not entitled to injunctive relief because it has, at a minimum, no irreparable injury and an adequate remedy at law for Nikon’s alleged infringement of the Patents-in-Suit,” Nikon writes in the statement.

“RED is not entitled to injunctive relief because it has, at a minimum, no irreparable injury and an adequate remedy at law for Nikon’s alleged infringement of the Patents-in-Suit. RED will be unable to establish that (1) it has suffered any injury, let alone an irreparable injury; (2) remedies available at law, such as monetary damages, would be inadequate to compensate for any injury; (3) considering the balance of hardships between RED and Nikon, a remedy in equity is warranted; and (4) the public interest would be served by an injunction.”

Nikon claims that they didn’t infringe on any of RED’s patents. The company expects that the court will rule in their favor and against RED:

“Nikon prays that the Court enter judgment in its favor and against RED as follows: That RED takes nothing and is denied any relief whatsoever; That RED’s claims against Nikon be dismissed in their entirety and with prejudice; That Nikon be awarded the costs incurred in connection with this action.”

I’ll go grab popcorn real quick, and we’ll keep you posted as we hear the news on this case.