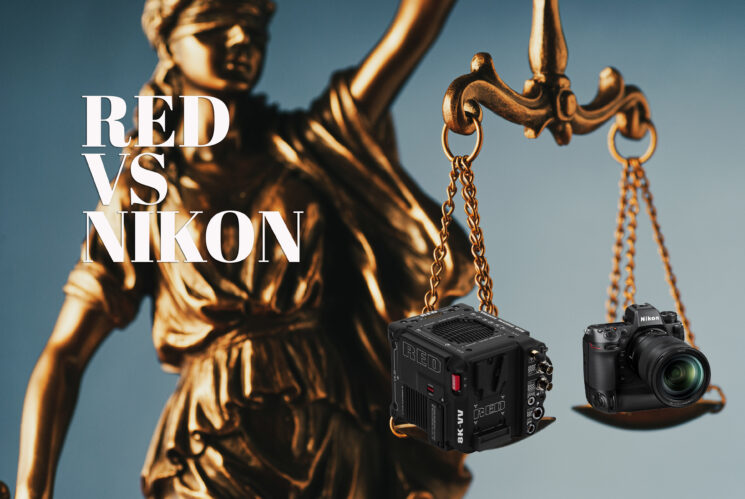 High-end video camera brand RED is suing Nikon for illegally copying their video compression patent. Nikon introduced the system in their new firmware 2.0 update for the Z9 mirrorless camera. With the 2.0 update, the Z9 can capture 8.3K RAW video at up to 60 frames per second in Nikon’s new “N-RAW format” or up to 4.1K at 60 frames per second ProRes RAW HQ.

The lawsuit was filed in a southern California federal court and asserts that the Japanese camera manufacturer and its United States subsidiaries have illegally infringed on seven patents that deal with “a video camera that can be configured to highly compress video data in a visually lossless manner.”

In the lawsuit RED notes that Nikon is using a type of compression that it has patented. “The camera can be configured to transform blue and red image data in a manner that enhances the compressibility of the data. The data can then be compressed and stored in this form,” explains the filing.

“This allows a user to reconstruct the red and blue data to obtain the original raw data for a modified version of the original raw data that is visually lossless when demosaiced. Additionally, the data can be processed so the green image elements are demosaiced first, and then the red and blue elements are reconstructed based on values of the demosaiced green image elements,” the lawsuit continues.

The video compression system is actually thanks to a partnership with IntoPIX and their TicoRAW technology which was launched last December. The system can compress RAW files without loss of integrity or quality allowing full power of the image sensor, and reducing bandwidth, storage and transfer time.

Others have speculated that RED has been keeping an eye out on TicoRAW and waiting until it became incorporated into a competitor’s camera system. Allegedly, Nikon can either fight it out in a court battle or agree to remove the new feature from the Z9 2.0 firmware update. This may be impossible however, considering that the update has been available since April 20th, 2022.

This is not the first time that RED has targeted rival companies with respect to the internal RAW processing technology. In the recent past it has demanded that companies pull their plans for internal RAW video processing in order to not infringe on the patent, a recent example being DJI’s Ronin 4D.

« Photographers… Here’s how to find your community on social media
Photographers and videographers beware: Another scam is going around Instagram »