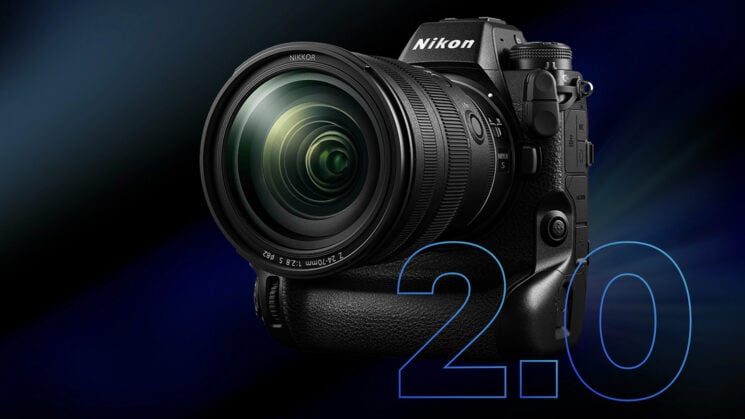 Well, these are some pretty significant updates to the Nikon Z9. Nikon has today announced the new version 2.0 firmware for the Nikon Z9. It brings with it a host of interesting new features for both photographers and filmmakers including internal 12-Bit ProRes RAW recording at 4.1K up to 60fps and 12-Bit N-RAW recording for 8.3K. 4K footage can now be oversampled from 8K and you also get finer ISO control with 1/6th step increments.

On the photography side, There’s a new Pre-Release Capture feature that starts shooting up to a full second before you actually hit the shutter. Twenty different Custom Wide-Area AF patterns have been added for tricky sports and wildlife situations, along with better AF stability, tracking performance and low-light subject detection. There have also been some improvements made to its long exposure display mode.

Despite the great new features, there is some bad news. For a start, you’ll have to wait until April 20th to actually download the new firmware. It’s been announced today, but it’s not being released for another few days. Also, although the Nikon Z9 does gain internal ProRes RAW, you only get it at up to 4.1K 60fps. No 8K or even 6K resolution. And while it also gains internal N-RAW recording with the full 8.3K resolution at 60fps you’re only going to be able to edit it in DaVinci Resolve 17.4.6 or newer. You can also edit lower resolution N-RAW footage in Edius X 10.32 (people still use Edius?) but there’s been no word when support might come for Premiere Pro, Final Cut Pro and other mainstream editing applications.

But here’s the full list of additions and changes for the Nikon Z9 for stills, video and features that encompass both.

Videography and Cinema Upgrades for the Nikon Z 9

The new firmware Version 2.0 firmware update for the Nikon Z9 will be available to download from the Nikon website from April 20th and will come to the SnapBridge app shortly afterwards.