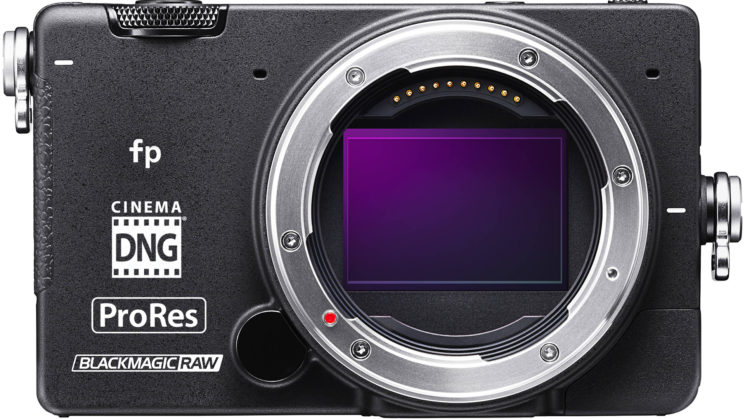 Sigma has released firmware 2.00 for the Sigma fp mirrorless camera. It’s a major firmware that adds some significant features to the camera, including external ProRes RAW recording to the Atomos Ninja V up to 120fps, as well as BRAW recording to the Blackmagic Video Assist 12G. It also now offers internal raw recording with 12Bit CinemaDNG at up to 30fps at 4K and 100fps at 1080p.

As well as all the new raw video options, the new firmware also brings cinemagraph creation and playback, HDR video, Zhiyun Weebill S connectivity, dual ISO (100 & 3200), and a bunch of other improvements and new features.

The firmware comes in two lists… The first is the new features.

*A free AtomOS firmware update for Ninja V is required

*Firmware update of the corresponding device is required. Please refer to ZHIYUN firmware release information about functions supported. Since not all functions will be supported in this firmware update, both SIGMA and ZHIYUN will need to continue working on this to make more and more functions to be compatible in future firmware updates

The cinemagraph feature built into the camera is an interesting choice and not something I would have expected, but from looking at a sample that was sent to us by Paul Monaghan, it seems to work rather well. They’re created from a CinemaDNG sequence. You pick your still frame, make a mask, and then it uses the frames around it to create the cinemagraph. The whole thing is created in-camera and while it might be a very niche feature, it’s pretty cool!

The second half of the list is updates, enhancements and just one bug fix…

It looks like the Sigma fp is starting to turn into quite the little video powerhouse. Having played a little with one myself, it’s a fun little camera, too. I’d be curious to see how this compares to the other L mount video superstar, the Panasonic S1H, with all these new updates and features – especially given the significant price difference.