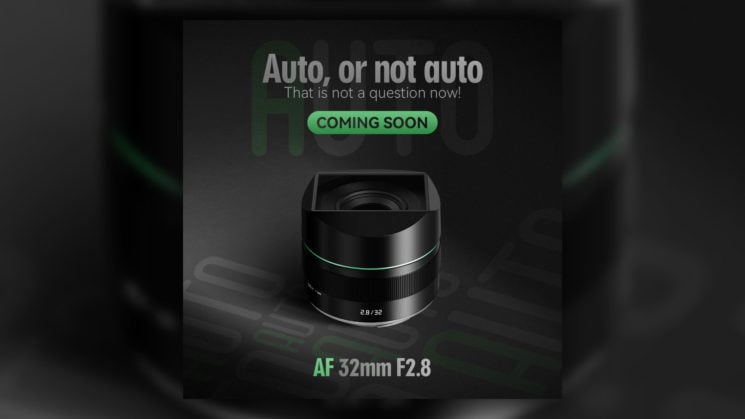 TTArtisan, famous for its inexpensive manual focus lenses has decided to go autofocus, and they’ve done it in quite a big way coming to five different camera systems at once. Announced today, TTartisan AF 32mm f/2.8 is a full-frame autofocus lens, although a couple of the new mounts are for APS-C cameras.

In full-frame flavours, the new lens will be coming in all three of the major mirrorless camera mounts. That means Sony E, Nikon Z and Canon RF. Yes, they’re going where other 3rd party lens manufacturers fear to tread. On the APS-C side of things, it’ll be available for Fuji X mount and, strangely, Canon EF-M for the dying EOS-M system.

At 32mm, it’s going to face some stiff competition on all five of the mounts in which it’s being offered and at f/2.8, it’s not particularly fast for a prime lens. So, it’s really going to have to compete on price if it wants to make any kind of an impact in the collective gear bags of photographers. So far, though, they haven’t announced a price for the new lens.

TTArtisan isn’t exactly known for high end, though, so, I think we can count on it being pretty inexpensive compared to the competition.

There’s also no news as to exactly when it’ll be released, and whether it’ll come for all mounts at once or if they’ll have staggered releases, as we’ve seen with some lenses from some manufacturers in the past. That being said, the video above shows the lens working on four of the five camera systems. Oddly, they don’t demo the RF mount version on the EOS R5 that the camera flies by at the beginning of the video.

So maybe they’re actually all ready to go and will be released at once.