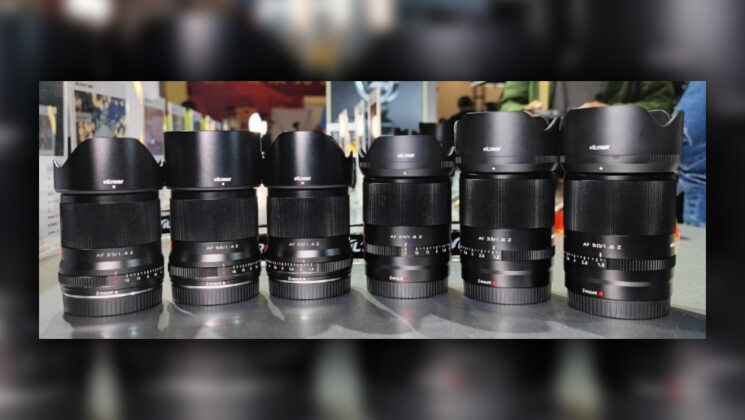 Historically known more for its lens adapters and accessories, Viltrox has been branching out into budget lenses the last few years and they’ve released a mix of manual and autofocus lenses for a number of systems, including a couple for Z-Mount already, including a 20mm f/1.8 manual focus and 85mm f/1.8 autofocus prime lenses.

Now it seems they’re about to release six more lenses for the Nikon Z mirrorless system. All of them are autofocus. Three of them will be for APS-C format and three of them will be full-frame. The six new lenses were on display at the China International Photographic Equipment and Technology Fair (China P&E) in Beijing, China. Interestingly, none of them appeared on the Viltrox lens roadmap published last year.

The 23mm, 33mm and 56mm APS-C lenses would offer the equivalent field of view to 35mm, 50mm and 85mm respectively on a full-frame sensor. So, they’re a logical choice to pursue.

There’s no word yet on when they’re going to be announced or when we’ll see prices, but they obviously exist and unless these are just visual non-working mockups for the show (which is doubtful considering they don’t appear to be under glass and one is actually mounted to a Nikon Z mirrorless camera), we probably won’t have to wait too long for an official announcement.

« Kolari Vision’s new clip-in filters for the EOS R5 & R6 live between your lens and sensor
Sony’s upcoming not-A6700 APS-C camera to be targeted to vloggers, not photographers »