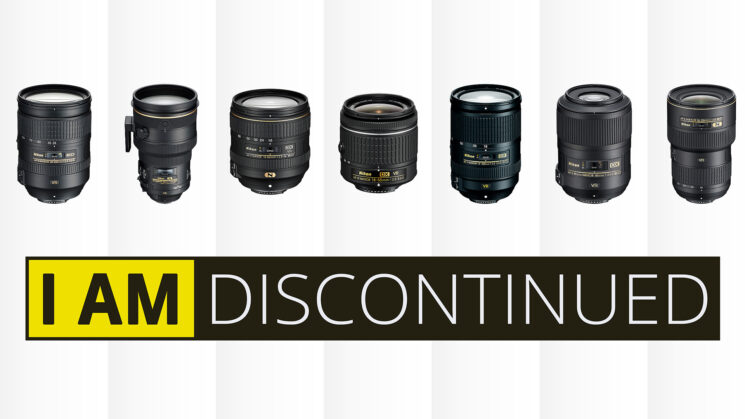 I’ve been saying for years that the “Death of DSLRs” will come when the manufacturers give up on them and not before – no matter what people on YouTube or in Facebook groups might say. And, well, the time finally seems to be upon us where that’s happening. Canon is killing off EF mount lenses, Nikon probably isn’t planning to replace its DSLRs and they just killed off more lenses.

With just the AF-P DX Nikkor 18-55mm f/3.5-5.6G VR APS-C kit lens being killed off a few days ago and the 200mm f/2G ED VR II last month, it now seems Nikon has expanded the list of discontinued lenses. Nikon has said that they’re going to be bringing out more lenses, but they’re all going to be Z mount lenses, not F mount.

To speed that transition along, Nikon appears to have killed off a few more full-frame FX and APS-C DX format lenses, adding them to the discontinued list. For lenses that were until recently still in production, that list of cancelled lenses looks a little something like this…

It won’t be long now until they res die off and Nikon officially announces that they’ve abandoned the F mount. Personally, I’m happy that the DSLR’s demise is finally now upon us. Not because I’m one of those fanatical mirrorless zealots that wishes death upon DSLR technology but because other people are.

As the world switches over, the used market will be flooded with DSLRs and F mount lenses that still do the job just fine for my needs – well, my photographic ones anyway, even if not my video needs – and I’ll be able to grab some bargains.