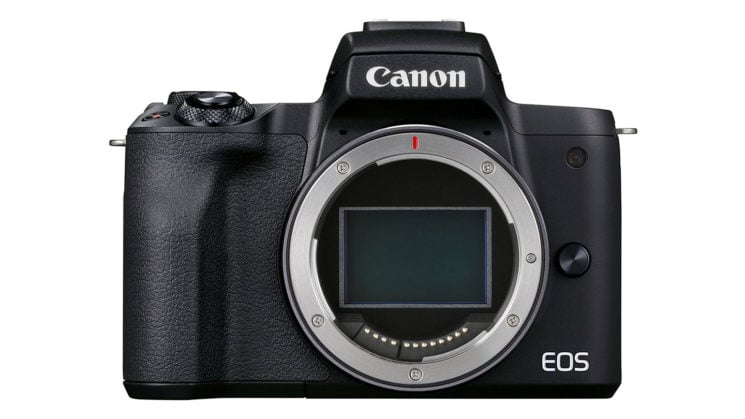 Well, a couple of things coming out of the Canon camp today. First up, Nokishita has spotted two new camera registrations from Canon coming from what appears to be a Russian certification body. The two bodies are unreleased cameras with the codes DS126841 and DS126842. The other is an update on the long-awaited APS-C RF mount mirrorless camera.

The timing of these two seemingly independent bits of info seems quite convenient and I think they may be linked. I also think this could spell the end for Canon’s EOS-M system. I don’t think it’ll happen overnight, but if an APS-C RF mount body is on the way, what’s the point of keeping the second mount system around?

Whether or not these codes are related to an update posted by Canon Rumors remains to be seen, but they say they’ve received word from a reliable source that “Canon will definitely be bringing an APS-C RF mount camera” in the latter half of 2022. And best of all, it’ll have a backside-illuminated (BSI) sensor.

CR believes that this sensor will appear in more than one camera, so it’s quite possible that DS126841 and DS126842 are both APS-C RF mount mirrorless cameras that will both contain the same new BSI sensor. Exactly what the resolution will be is unknown, but CR guesses that it’ll be in the 28-32 megapixel range.

If the rumours are true, and these codes are a couple of upcoming APS-C RF mount cameras, we might finally be seeing a real successor to the Canon 7D Mark II DSLR – a product line that Canon appeared to abandon in 2019. The 7D Mark III was released in September 2014 and there is currently nothing filling that gap in Canon’s lineup in either RF or EF-M mounts. So, a crop flagship body (EOS R7, anyone?) is long overdue.

I expect the delay in releasing a 7D Mark II successor has largely been down to Canon waiting to see if the whole RF mirrorless thing took off before deciding whether or not to go the ASP-C route with the new mount or just make the 7D Mark II replacement an EF-M body. I suspect that Canon might have already fully developed at least one EF-M mount 7D Mark II replacement but with everybody jumping onto the RF mount bandwagon, they probably deemed it not worth the hassle of going to actual release.

If Canon is “definitely” starting production of APS-C RF mount cameras next year, though, then it seems the Canon EOS-M system’s future is very much in doubt.

« Watch: A journey through the history of photography
Hunter finds a GoPro in the wilderness containing footage recorded by a bear »