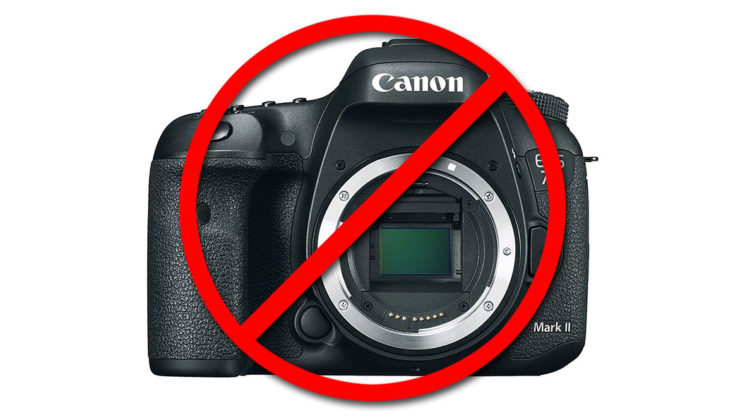 Recently, word of a newly certified Canon DC126801 32-megapixel APS-C sensor came out. It was suspected that this might find its way into potentially upcoming EOS 80D and/or EOS 7D Mark II replacement models. Now it looks like the latter option is well and truly being taken off the table.

Canon Rumors is reporting that Canon is killing off the EOS 7D line completely. Although it does seem like an EOS 90D (I’m assuming that’s what an 80D replacement will be called), might be a little beefier than we expected as a result, given the mention of the LP-E6 battery alongside the new 32MP sensor.

We have been told that a few dealers and distributors are a bit worried about what Canon has in store for the replacement to the popular EOS 7D Mark II, as those buyers also buy lenses, more than EOS 80D buyers do. Canon has apparently told a couple of dealers that this concern will be addressed sometime later in 2019.

It’s a little surprising to me, but also not, that Canon is killing off the 7D line. It was announced in September 2014, about the same time as Nikon users were expecting a D400 to come along. The Nikon never came, and the 7D Mark II essentially became the new king of APS-C DSLRs. Then the Nikon D500 came along in early 2016 and I rarely saw people talking about the 7D Mark II anymore.

I really expected Canon to have announced a 7D Mark III by now, but bowing out of the “Pro crop body” race to concentrate on mirrorless isn’t necessarily a bad move, although it might upset existing 7D Mark II shooters.

But then, the next series down Canon’s product lineup is getting pretty advanced, too. We also saw this with Nikon when many decided to forget waiting for a Nikon D300s replacement in favour of the D7000 – the D90 replacement. It had many of the qualities of the “Pro” Nikon D300s a lower price tag and it offered 1080p 24fps video with full manual control. Many even lauded the D7000 as “the” D300s replacement (it wasn’t). The D7x00 series is why Nikon had to really push the boat out with the D500.

So we may see with an 80D replacement what we saw with the Nikon D90 replacement. That the series has just gotten good enough that it can, mostly, effectively replace the next model up. But rather than Canon developing something today that’s as groundbreaking as the D500 was in 2016, they look set to just abandon the line altogether.

This does make some sense, though. The camera landscape is different now to how it was in 2014-2016. Mirrorless is a real thing now and Canon is focusing a lot of their attention towards their EOS R lineup. Canon Rumors suggests that a 7D Mark II replacement might actually be an APS-C EOS R model. Personally, though, I don’t buy it. Canon already has an APS-C mirrorless lineup with the EOS M, and they’ve said that the RF mount is for their full frame mirrorless system.

There has also been talk that an EOS R replacement for the EOS 7D Mark II will require the RF mount to meet target focusing speed and accuracy. Apparently, there’s more to come with the RF mount that has yet to be revealed to the world. We were given no additional insight into what we haven’t been told.

I suppose it’s possible that Canon has changed its mind about that, though, and is planning an APS-C RF mount mirrorless. How that would sit alongside the APS-C EOS M line of products is an interesting thought, especially as Canon has said they will continue to work with the EOS M system.

Regardless, an EOS 80D replacement is expected to be announced at some point this year. One can only hope that it will improve on the 7D product line’s legacy, or some people are going to be more than a little upset.

« Yongnuo just released an autofocus Canon EF to Sony E mount adapter and it’s only $99
Someone stole your photo on Instagram? Here’s how to file a copyright infringement claim »