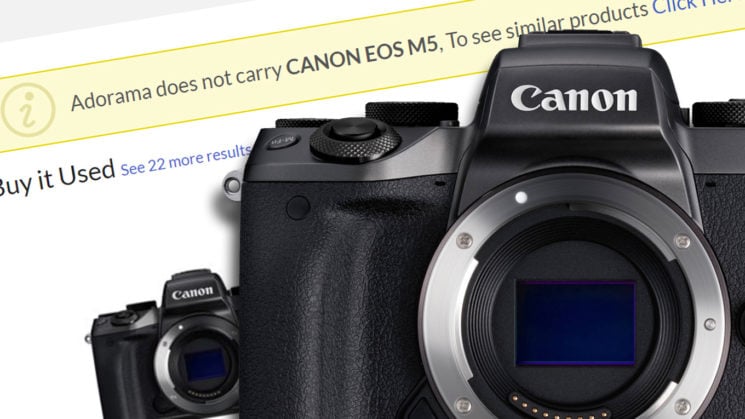 This is quite interesting. According to the Adorama website, upon searching for the EOS M5, we only see used bodies for sale with the statement that “Adorama does not carry CANON EOS M5”, suggesting that it might have come to its end. Being announced only at the end of 2016, the EOS M5 has proven to be quite a popular camera in Canon’s APS-C mirrorless line up. So, why would they discontinue it? Could it be that the EOS M5 Mark II rumours might be right? 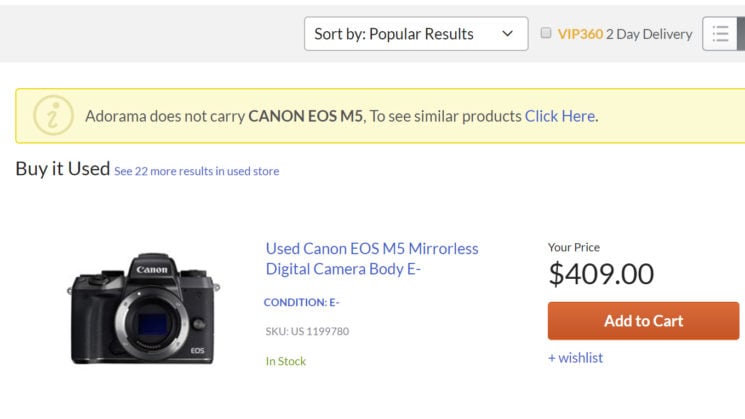 The Adorama website simply shows the statement that they do not carry that camera, although you can buy it used. While there’s been no official statement from Canon, and other websites are showing it as being in stock, it does seem very odd. That being said, the websites that do have it in stock, like B&H, are running some pretty insane discounts on the EOS M5 now, with new prices below that of even the used bodies at Adorama.

Could it simply be the usual holiday sale or is B&H trying to clear their inventory in time for an impending EOS M5 Mark II announcement?

Rumours of a possible EOS M5 Mark II first surfaced back in July when the EOS 90D was about to be announced. It turned out that the EOS 90D was the one to be released at that time. More recently, rumours have come up that we might see a couple of new EOS M cameras in 2020. One is expected to be the EOS M50 Mark II, but the other is unknown. The suggested price of around $850 for the unknown model, including a kit lens does seem to be about in the ballpark of the M5’s regular price, though.

So, could this mean that the EOS M5 Mark II is on the way? Or is it simply a glitch in the Adorama matrix and they’ll get it back in stock again soon?

Only time will tell, but we’ll keep you posted as we hear more.

Canon has killed off the EOS 7D series, report says