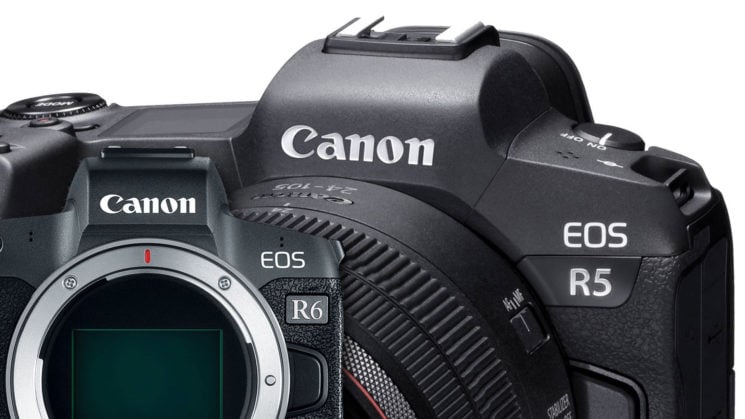 It looks like we might finally have an actual solid and firm price on the upcoming Canon EOS R5 as Canon Rumors reports that an announcement may be coming as soon as Thursday, July 2nd. Not only that, but they say that we’ll hear an official announcement for the more secretive Canon EOS R6 at the same time.

While there has been quite a lot of information fed out about the upcoming Canon EOS R5 since its early teasers (no official price yet, obviously), Canon has said pretty much nothing about the EOS R6. There have been a few rumours here and there, but nothing solid as yet. It’s expected, though, that availability for both models will be announced on the same day.

As well as the possible July 2nd announcement, CR says they’ve also been told that it may actually happen on July 6th. This would put an announcement either the day before or the day after the July 4th long-weekend festivities. They do note, however, that there will be limited availability until at least the end of July.

Whenever it comes, the announcement should fill in a few missing bits of information about the EOS R5 that had not yet been confirmed. Canon has said that while the EOS R5 isn’t going to replace the EOS 5D DSLR line (and a 5D Mark V has been rumoured), it will essentially be a mirrorless parallel version.

As for the EOS R6, well, the Canon 6D Mark II was not as well-received as the original 6D after a somewhat disappointing launch, with many Canon customers choosing to go the 5D or mirrorless route instead. So, whether Canon will follow suit with the EOS R6 and run it in tandem with the EOS 6D line remains to be seen, but it wouldn’t surprise me if the 6D line was indeed killed off to make room for the EOS R6.

The only specs we know for the EOS R6 are those that were rumoured back in January, which still seemed to hold true in March. Nothing new has been mentioned since then. Hopefully, as we seem to be getting close to an official announcement, we’ll start to see more solid information seeping out in the next couple of weeks.

Nikon is expected to announce the Z5 mirrorless camera in July

« What camera and lens would you bring to a desert island?
High Power Posing vs. Low Power Posing – How body language influences your pictures »