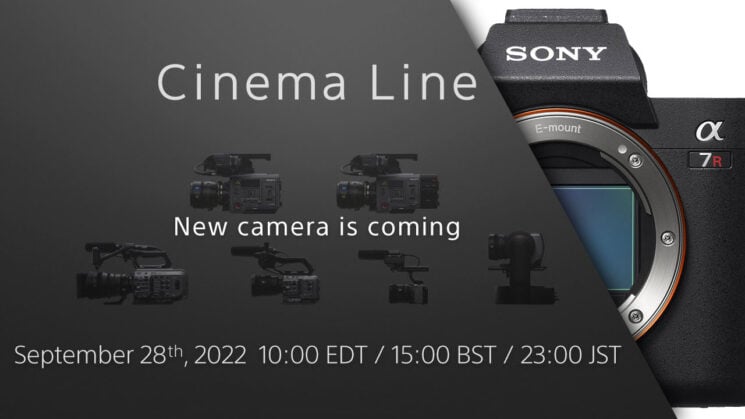 Sony has posted a teaser to YouTube for a new product being announced on Wednesday, September 28th at 10am Eastern (3pm UK time). Sony hasn’t specifically said what’s coming, except for the fact that it’s a new camera and that it’s part of the cinema line. Right now, though, all rumours seem to point towards it being the Sony FX30.

There hasn’t been a massive amount of leaks on the FX30 yet, and nothing has really been confirmed, although it’s expected to essentially be an FX3 with the same body and almost exactly the same specifications, including 4K 120fps, but with a smaller 26-megapixel sensor. All we know for sure though, is that Sony is definitely announcing a new cinema camera of some kind in two days.

As well as the almost-certainly-impending Sony FX30, there’s also been word of a Sony A7R V camera being announced next month, on October 26th. There’s even less information about this than there is about this one than there is on the FX30. In fact, aside from the fact that it’ll be the A7R V and a potential date, there isn’t really anything at all.

Word of the A7R V also comes along with the potential of Sony releasing a new ZV series camera. This one isn’t likely to be an interchangeable lens E mount camera like the ZV-E10. Instead, it’ll be more like a possible replacement for the original Sony ZV-1 with a built-in zoom lens of some kind. Again, no specs on that or even any solid word that it will definitely be announced alongside a hypothetical A7R V, but it’s being described as “likely”.