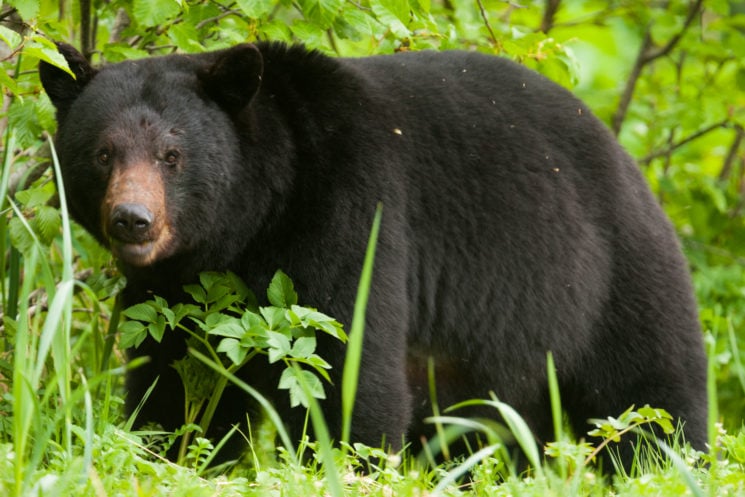 Have you ever wondered what a bear does in the woods? We finally get to find out after a Wyoming man found a lost GoPro camera on a hunting trip containing footage apparently shot by a black bear!

Dylan Schilt from Laramie, WY, was out on an archery expedition when he stumbled across what looked like a lost GoPro camera lying on the ground. He says on his Facebook page that when he got back to camp he charged the camera and couldn’t believe what he had found.

Last week when I was up archery hunting, I stumbled across a GoPro that was lost while snowmobiling. When I got back to camp I charged it up and couldn’t believe what I saw.
After four months of it sitting there, a big old black bear found it and not only managed to turn it on but also started recording himself playing with it.

The footage is certainly incredible and rather unique. It shows several minutes of a black bear taking the camera in its jaws, showing some impressive close-ups of the inside of its mouth. You certainly wouldn’t want to be messing around with those teeth, with several people commenting that this must be what it’s like to be eaten alive by a bear! Minus, you know, the extreme pain and disfigurement parts obviously.

Schilt states that the GoPro had been lying there for several months and had been lost while snowmobiling. It is unclear whether the camera was his own or somebody else’s, although he appears to have made no effort to find the owner if it wasn’t his own camera.

I find it fairly incredible that a bear would be able to turn on and record itself on a GoPro, although not impossible. There have been cases in the past of animals taking photos, and the US Copyright Office even issued a multi-page document stating that animals cannot own the copyright to any photographs they take. The fact that the camera survived the ‘mauling’ is in itself incredible, and certainly a testament to the durability of the equipment.

While most of the comments have been positive and along the “super cute!” “adorable!” lines, another comment on Schilt’s Facebook page poses another interesting question. How did the camera have enough battery left to record this footage when their own GoPro dies within one hour of being out in cold weather? Several commenters have called the story fake and suggested that Schilt actually planted the camera with peanut butter on it in an area of high bear activity.

It certainly does give you ‘paws’ for thought.