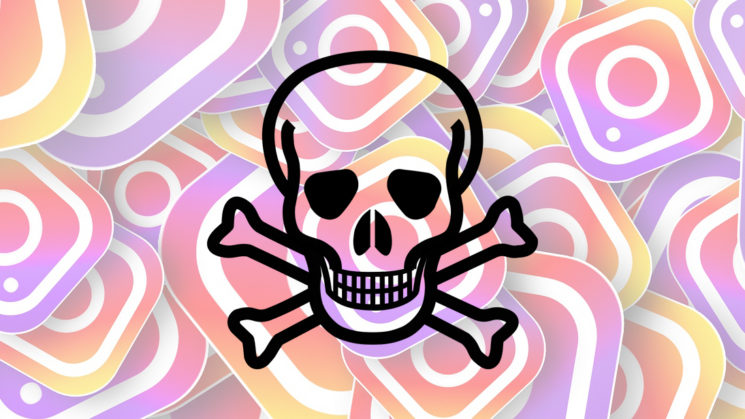 The world of Instagram influencers is a strange one. And certainly, to a large extent, a fake one. But what happens when influencers are ready to turn fake into downright dangerous? In a recent documentary by the BBC, three influencers were approached to promote a fake weight loss drink that contained cyanide. And they all said yes, agreeing to promote poison to hundreds of thousands of people.

In a recent episode of Blindboy Undestroys the World, BBC approached reality stars Lauren Goodger, Mike Hassini, and Zara Holland to promote “Cyonora” to their followers. According to BuzzFeed, the influencers were asked to promote the product that was “clearly labeled” with hydrogen cyanide. And as I believe most of us know: that’s poison.

Unfortunately, I wasn’t able to watch the episode myself as BBC’s player only works for viewers from the UK. But BuzzFeed reports on it and I’m relying on their story here. According to this source, Zara said that her followers believe in everything she posts, “from the spa weekends to what clothes [she wears].” Mike reportedly gave his opinion about the promotion, suggesting that it would be better to post about “Cyonora” in Stories.

All three influencers were asked to promote the drink before trying it because it was “still in development.” And all of them agreed, saying it wasn’t a problem for them. Reportedly, Lauren’s agent said that celebrities often don’t try the products they promote. And Lauren added that she’d never tried Skinny Coffee. That’s one of the products she promoted earlier this year and claimed that it helped her to lose weight.

However, Zara’s agent seemed to be the only one who did the right thing. She reportedly said that Zara would not lie in order to promote the product. Although, Zara herself had previously agreed to promote the drink without trying it first.

After the episode was aired, a rep for Zara told BuzzFeed that she “would not promote the product without trying it first.” They also claimed that the documentary didn’t show the “full edit” of Zara’s appearance.

In a statement to the show’s producer, Zara claimed that there were “no agreements made in the Skype call” that she’d promote the product, adding that it wasn’t clear what was in the drink.

“Although I had read out the ingredients which included Hydrogen Cyanide I did not immediately know what this was at the time. I would like to make it very clear that my followers on social media follow me because I only promote products that I have tried first and know a lot of detail about them. My followers are extremely important to me and I would never deliberately mislead them or promote a product that was dangerous.”

As for Lauren, her rep said that “there was no mention of what the water contained” before the meeting. They added that she was offered “quite a large sum” to promote the drink. However, Lauren’s rep added that “she would never promote anything that contains poison” and that “proper checks would have been made before any promotion.” Apparently, those checks wouldn’t include her actually trying the product she is promoting. After all, we’ve seen it when she promoted Skinny Coffee.

According to BuzzFeed, they approached Mike for a comment to. But it seems that there’s no response so far.

I believe that everyone in their right mind knows how much fakery there is on Instagram and other social media. Especially on accounts of so-called influencers. After all, we’ve seen so many examples so far. Fake glamorous lives and perfect bodies cause anxiety and insecurity (especially in teenagers). But I wonder how many of these fake promotions there are on Instagram. How many influencers praise “miracle products” they haven’t tried themselves, and which could potentially be harmful? This story really makes you think. And it reminds you to take everything on Instagram with a grain of salt. Or rather with a huge chunk of it.

If you’d like to watch the BBC’s documentary, you can find it here.