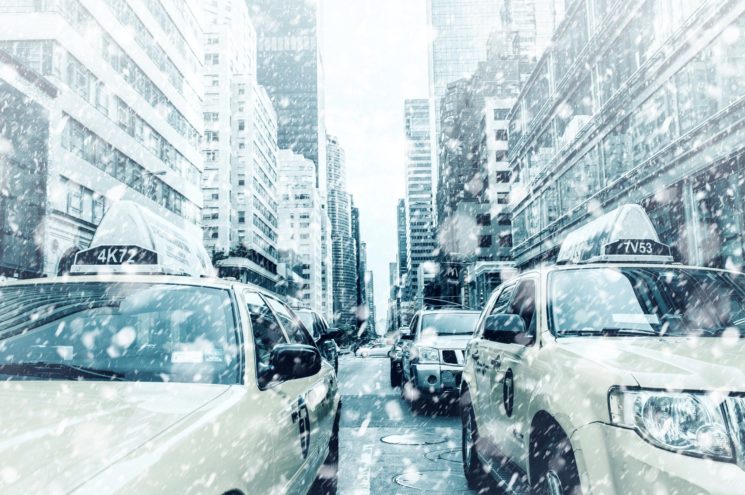 New York City was hit yesterday with the first snow squall this season and social networks were quickly flooded with photos and videos. And while the phenomenon looks pretty dramatic in real-time, timelapse videos make it look like an apocalypse!

Snow squalls are “quick intense bursts of snow accompanied by strong gusty winds,” as National Weather Service describes them. They are short-lived and not dangerous, except that they reduce visibility so you need to be extra careful when driving.

Many Twitter users have shared photos and videos of yesterday’s snow squall. But timelapse videos are definitely the most awe-inspiring. Here are a few of them:

Wow! Check out this time lapse of the #SnowSquall moving over Manhattan. Crazy cool view from the top of One World Trade Center. pic.twitter.com/K7kxjcA0Zt

I managed to catch a quick time lapse of the whiteout in NYC just now. You can see the Trade center for at least one second before the storm comes in. 🤯 #SnowSquall #whiteout #NYC pic.twitter.com/6hoZT8a6Cw

The #snowsquall blowing in, as seen from @ArchRecord offices on the 60th floor of the @EmpireStateBldg pic.twitter.com/bgUdAwdwDZ

In these timelapse videos, the snow squall looks downright terrifying. But fortunately, the only danger of this phenomenon is reduced visibility. So, I hope that you arrived home safe and sound if this caught you while driving.

If you’d like to check out more impressive timelapse videos of weather phenomena, check out this link, this one, and also this one.