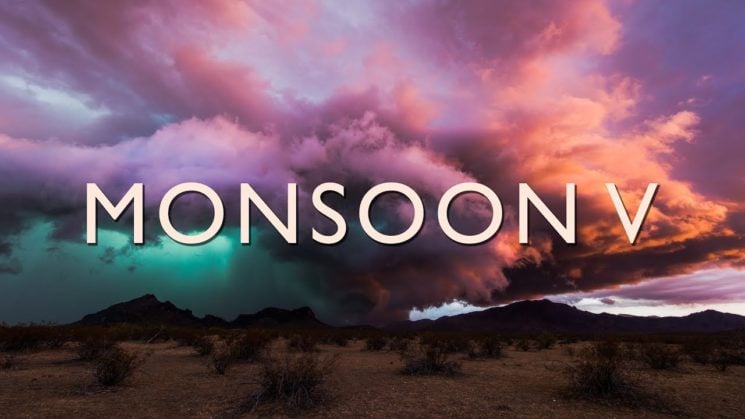 Photographer Mike Olbinski has become a synonym for breathtaking timelapse movies of different kinds of storms. The latest installment of his Monsoon series has just been published and it took an incredible amount of effort, money, and photos to put it together. Mike spent three months chasing storms for this movie – and he compressed the best shots in only eight minutes of pure nature’s spectacle.

Mike writes that his original plan was to collect as much footage as usual, but not to compose and publish the Monsoon V until 2019. He wanted to collect two years-worth of storms to make it truly spectacular. However, as it usually happens – nature had different plans. 2018 has been full of epic storms, and Mike says that this summer was one of the best monsoon seasons he’s ever chased. So, he got to work on compiling the Monsoon V.

The gear used for this timelapse was mainly two Canon 5DSR cameras and various Canon lenses. Mike says there might be a few lightning sequences that were shot with the Sony A7R III. As for the editing, Mike used Lightroom, LR Timelapse, After Effects and Premiere Pro.

Even though the movie lasts around eight minutes, it took months of hard work. Mike writes that it took almost 15,000 miles of traveling across Arizona. The timelapse consists of more than 85,000 frames! That’s a lot – but plenty more photos were deleted. Mike spent a total of 32 days shooting, and over three months chasing storms. And all of this was followed by “sleep deprivation, tons of gas money, crappy food and yes, sometimes missing storms I wish I had been on,” Mike adds. But, it was well worth it, if you ask me. Mike ended up with yet another impressive display of nature’s power captured in an awe-inspiring timelapse.

« Social media is ruining photography
The DSLR will probably die. Are mirrorless the future of large standalone cameras? »