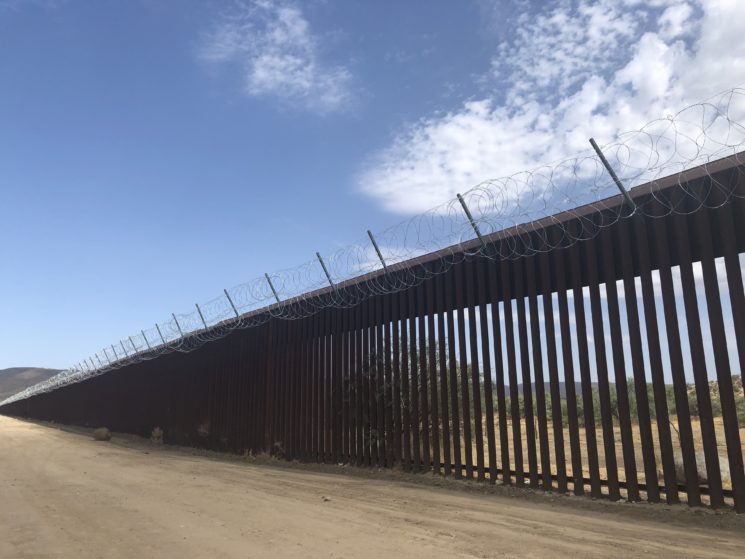 If a single photograph speaks a thousand words, what happens when those words get twisted and misrepresent the image? The photographer who captured the shocking images of US border patrol guards appearing to whip Haitian migrants on the Texas-Mexico border has spoken out, saying that the image does not accurately depict what he saw and that the photograph has been misconstrued.

Photo-journalist Paul Ratije captured images of the American Border Patrol on horseback, rounding up migrants like cattle. The image in question has caused significant controversy, prompting President Biden to publicly denounce the actions of the guards. The photograph appears to show the border patrol using their reigns as whips as they chase after the migrants, keeping them from entering USA territory.

Ratije however, told KTSM news channel that the images had been misconstrued. “Some of the Haitian men started running, trying to go around the horses, and that’s kind of when the whole thing happened,” he said.

I didn’t ever see them whip anybody, with the [reins]. He was swinging it. But I didn’t see him actually take — whip someone with it. That’s something that can be misconstrued when you’re looking at the picture.

Other Border Patrol sources have noted that agents will spin or twirl their reins in order to move the horse forward as a signal to the horse. So far no images have been presented of migrants being hit by the reins.

For all you Twitter warriors out there: these are NOT whips. And no, Border Patrol agents are NOT "whipping" people.

They are REINS… Stay with us here, like a steering wheel is used to drive a car, the reins are used to “drive” the horse.

Thanks for coming to our TED talk. pic.twitter.com/r0n2kXHqvy

Indeed, the images themselves may not be showing the border patrol using physical abuse on people, but the use of horses and riders in this manner that is typically used to round up animals does make you question the methods used by Border staff in general. CNN has reported that the use of horses has temporarily ceased in the Del Rio region until a further investigation has been carried out.

This is another interesting lesson for all of us to remember that a single image can never tell the entire story. The photographer, whether intentional or not, always has the power to evoke a particular emotion and meaning or steer the image in a certain direction through what is left out of the image as much as what is included. By changing the angle of view or focal length of the lens used the events happening can appear to be very different. The camera may never lie, but people do, and images can easily be manipulated to fuel political agendas.

« Hunter finds a GoPro in the wilderness containing footage recorded by a bear
Backlash forces Facebook to suspend “Instagram for kids.” For now »