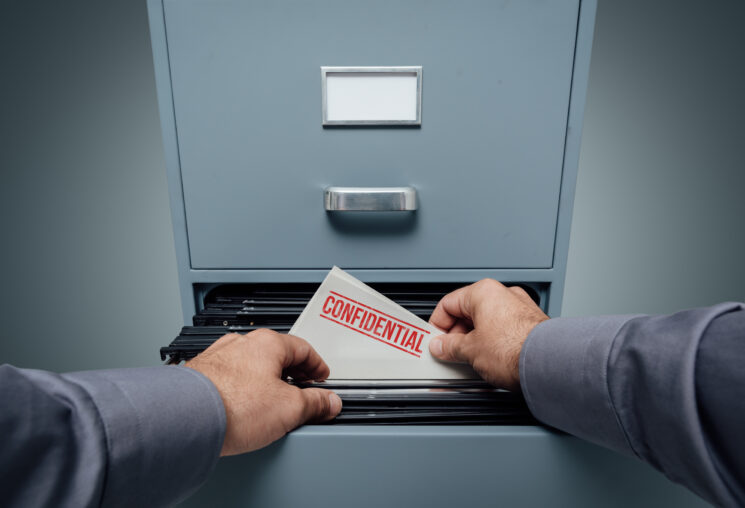 Office clerk searching for files in the filing cabinet, he finds a folder with confidential information inside, personal point of view

An exiled photojournalist from Turkey has spoken out about his plight after his real name was leaked after entering politically sensitive images to the Sony World Photography Awards.

Uygar Önder Şimşek says he entered the competition in 2018 under a pseudonym (which he prefers not to disclose) in order to protect his identity. After being notified that he was shortlisted, he emailed the organizers to double-check that his identity would remain secret and that the images would be published under his assumed name. However, all did not go to plan, and although the accounts differ, unfortunately, the outcome was the same and the images were published under Şimşek’s real name, causing him to flee to Germany in fear of his life.

Şimşek was inspired to speak out to highlight the importance of anonymity for photojournalists, particularly those hailing or showing work from unstable political territory. After hearing about the anonymous winner of the competition ‘Visa pour l’image’ which showed an image of the Myanmar uprising, Şimşek himself wanted to set the record straight, telling Petapixel that “My story also tells a lot about the conditions of freelancers when they are in trouble,” he says. “Not many people seem to care.”

The images entered in the competition were a series titled ‘Retaking Raqqa’ showing Kurdish Syrian YPG (Yekîneyên Parastina Gel, which is also known as the People’s Protection Units) taking the ISIS capital city of Raqqa in Syria. The YPG is seen as a terrorist organization in Turkey.

“In late 2016, there was a military coup attempt in Turkey but also the peace deal between Kurdish PKK and Turkish state was broken,” he explained to Petapixel. “So the atmosphere changed for journalists on the ground. Day by day, some colleagues were getting arrested and we were all getting worried about ourselves too. Some friends stopped working on some issues, some even quit journalism as the number of journalists in jail got around 150 for a while.

He decided to use the pseudonym on his journalistic work for his own personal security, as is common with this type of work. Later in 2017, he returned to Syria to cover the battle of the YPG-led Syrian forces retaking Raqqa with the support of the USA. He worked there for 4 months using the assumed name, working regularly for Deutsche Presse-Agentur and Der Spiegel.

After his name was leaked to the press and then associated with the World Photography Awards, Şimşek was targeted by multiple Turkish Pro-state media organizations which now had reason to tie him to “terror propaganda” charges. He was tried in Turkey in late June of 2018 and found guilty of terrorism, and sentenced to two and a half years in prison. He was able to buy some time after appealing but was then placed on a travel ban and security watch list. Somehow in late September of 2018 Şimşek managed to escape and fled to Germany where he has been living in exile since. If he ever sets foot on Turkish soil again he will immediately be arrested and placed in prison. Since the attempted coup in Turkey many journalists have been arrested and sentenced to prison terms, many of which have not been heard of since, it is not simply a case of ‘doing the time’ and being released afterwards.

The Sony World Photography Awards currently has a different set of contact personnel in 2021 than it did in 2018. They have stated that based on the records they could find from its interaction with Şimşek, it did the best that it could. The organization says that as soon as it learned of the mistake that caused Şimşek’s real name to get published, it began working very closely with him to fix the issue. Sony would like to point out that they are merely a sponsor of the awards and are not liable for the judging or operating of the competition.

Fortunately, Şimşek is not currently in any danger but would merely like an apology from the competition which he says he never received. His life has been irreparably affected by the error and feels that international competitions have a responsibility towards participants if the images they share are politically sensitive and could place their lives in danger.

« Viltrox introduces limited series of red lenses, and photographers hate them
Omnar Lenses’ first lens is the 26mm f/6, and it’s made from scrap »