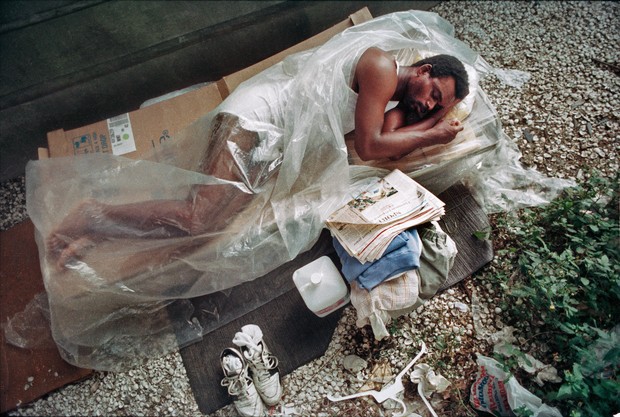 Sometimes, photography is powerful enough to change your life. This is what happened to both photojournalist Ted Jackson and a homeless man he photographed in 1990. This photo created a strong bond between the photographer and his subject – who turned out to be a former football quarterback, Jackie Wallace.

Ted Jackson tells his story about the image and the man in the photo, whose life has been anything but kind to him. It’s a story about friendship and devotion, about life’s unpredictable paths and it’s bright and dark moments. It’s a wonderful story, but very sad at the same time.

Ted Jackson has been a photojournalist for over 35 years. Back in 1990, he found himself in New Orleans. He was there to photograph a homeless camp beneath the Interstate 10 overpass near South Carrollton Avenue. As he wandered beneath the overpass, he saw a man sleeping on an old sofa, covered with a sheet of thick, clear plastic. Next to him, there were two discarded automotive floor mats, a bucket, and neatly arranged sneakers and clothes. There was a jug of water and a carefully folded copy of The Times-Picayune. Jackson took a couple of shots, and after that, he woke the man. At this moment, the incredible story begins.

Jackson and the homeless man started to chat. The man asked Jackson if he would like to do a story about him, and it turned out that he had played in two Super Bowls. Only a year after his football career ended, two events changed his life forever. His mother died and his cousin introduced him to crack cocaine. This is when his life turned upside down and, eventually, he ended up living under the bridge.

After hearing Wallace’s story, Jackson collaborated with Jimmy Smith, the author of the NFL series. Smith’s story and Jackson’s photos hit the front page of The Times-Picayune on July 6, 1990. “The public response was immediate and glorious,” Jackson recalls. Shortly after, his high school alumni helped Wallace get a place in a rehab center. By 1992, Wallace’s life had changed again, this time for the better. He went through the 12-step program, got married, moved to his own apartment and found a job. 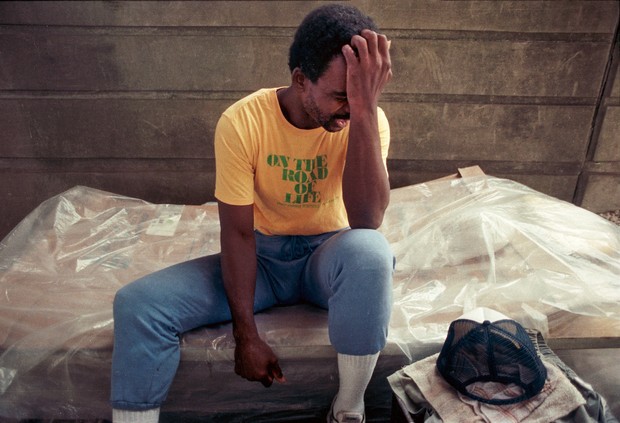 One of the photos for The Times-Picayune. Jackie Wallace is wearing a T-shirt reading: “On the road of life you need training wheels” © Ted Jackson, July 1990

In 1995, Jackson and Smith visited Wallace and his wife in their house. The former football star had kept the photos Jackson took of him under the bridge. They reminded him of his former life and served as a warning that “it only takes one slip” to get right back where he had been. 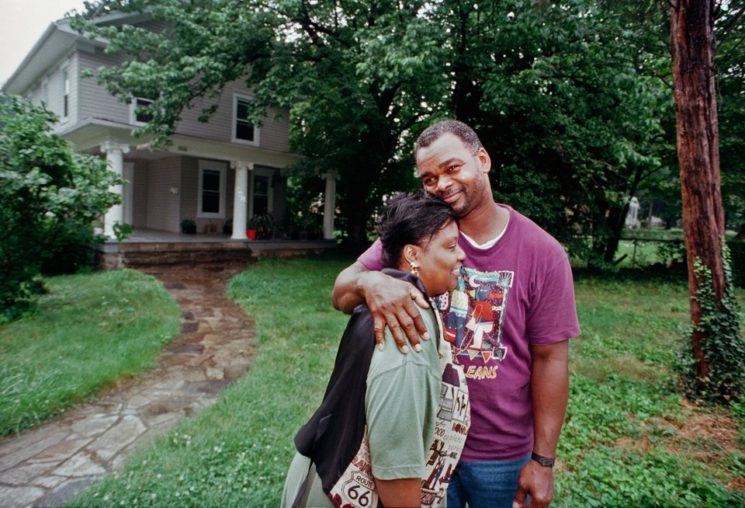 Over the following years, there was no Thanksgiving Day without Wallace calling Jackson on the phone, just to say “thank you.” He stopped being just “a story,” but became the photographer’s friend. However, on Thanksgiving Day in 2002, the phone didn’t ring. Jackson knew he had to find Wallace.

The photographer followed clues, searched for his friend and asked around. He traveled and wandered, knocked on doors and talked to people who might have seen Wallace. Finally, in 2017, he managed to find him again. The two friends were reunited, and Jackson learned that the “one slip” happened to Wallace in 2002. He had been arguing with his wife, and one day something just “snapped” and he returned to old habits. However, by 2017, he had been sober again for three years. He asked Jackson for a large print of the photo he took in 1990. He needed a reminder not to make the slip again. But unfortunately, it appears that he slipped after all. 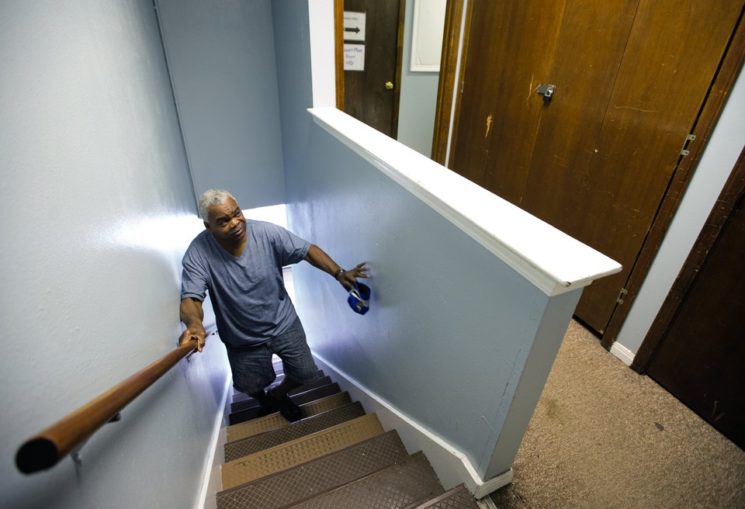 Jackson made a large print of the photo for Wallace. When he wanted to mail it, he found out that Wallace had gone missing again. It was in July 2017, and he hasn’t been found since. 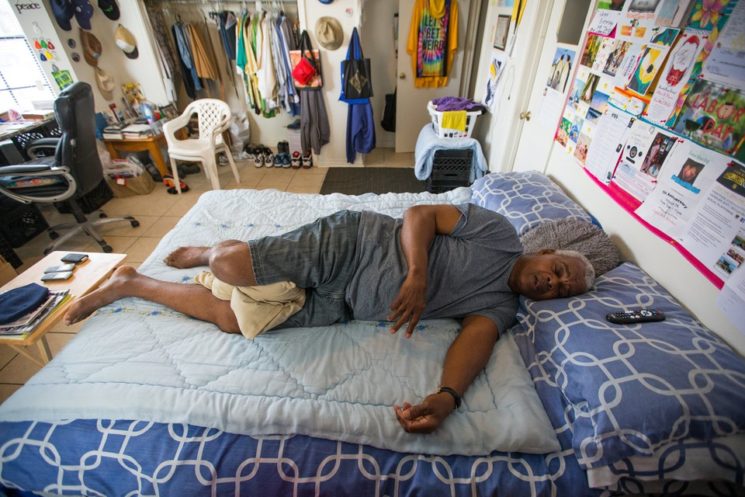 “I noticed that his sneakers were neatly arranged by his bed. His clothes were neatly folded nearby. He curled up in a familiar fetal position. I made a quick photo and left.” © Ted Jackson, January 2017

Ted Jackson has shared the incredible and moving story about Jackie Wallace on Nola.com. He is hoping to reunite with his friend again, and he will gladly hear from you if you have any information about Wallace’s whereabouts. If you do, please contact Ted.

A Homeless Man Uses Photography To Turn His Life Around