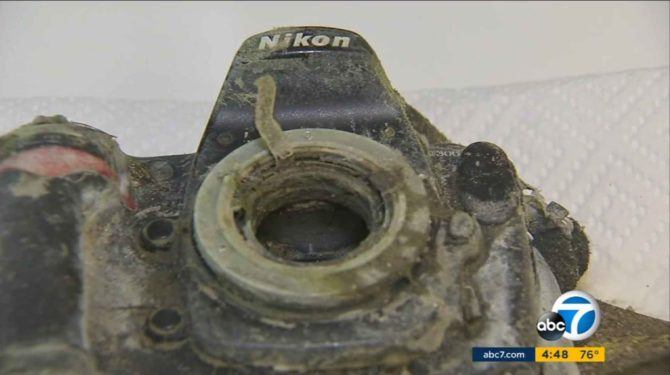 Photographing in public locations is a daunting task to many people, and it’s understandable why that is. While the majority of people don’t really care about having their photograph taken, you do occasionally get one or two that don’t take too kindly to having a camera pointed in their general direction.

That’s what happened to photojournalist David Pardo, staff photographer for local newspaper Daily Press, photographing families at a lake for an assignment.

The attack happened on May 10th, 2016 and Daily Press reports that while David was taking photographs of families at the lake, he photographed a lady feeding a duck.  Upon identifying himself and asking for permission to use the photo she refused.

I told her that was fine, but she insisted on me deleting the photographs.

I told her I couldn’t do that as it was a public place, although I could request that her photograph not be used. She then said it was an invasion of her privacy and she would call the cops.

In the USA, anybody taking photos in a public space is protected by the First Amendment’s right to free speech, and Pardo continued taking photos of other people at the lake. There is no reasonably expectation of privacy, and so no invasion of privacy.

A short time later, two men pulled up to the lake and approached Pardo along with the woman.  With one of the men yelling at Pardo to delete the photos, he remained calm, and was suddenly sucker punched with a blow that knocked him to the ground.

The man kept attacking him while on the ground, and eventually took Pardo’s camera equipment, jumped on it and threw it into Hesperia Lake.

After the attack, when the group started to leave, Pardo attempted to photograph the vehicle’s license plate. They noticed him doing so and came back to attack him again, this time throwing his phone into the lake.

Later treated in hospital for injuries he sustained in the attack, X-rays fortunately showed no facial fractures.

The incident had been reported to the Hesperia Sheriff’s Station, but after several days with no arrests, Daily Press put out a $1,000 reward for information leading to the apprehension of the group.

This is the first time in my 42 years in the newspaper business that one of my employees has ever been assaulted.

This simply cannot be tolerated. David Pardo did nothing wrong. He was taking pictures in a public place and didn’t even have to ask the woman for permission to use the photos he took. He did so as a courtesy.

Thankfully, two of the attackers have now been arrested, with charges of assault by means of force and vandalism, but the story does not end here.

While out on a fishing trip to Hesperia Lake last week with her son, local resident Shelly Hirst hooked Pardo’s Nikon D300s on her line. Caked in mud and missing its lens, the camera had been completely destroyed, but the SD and the 1,700 images contained on it were still intact.

After seeing the images were still on the card, Hirst took to Facebook to see if her network of friends could help to find the owner and reunite them with their camera. Hirst was informed that the camera was most likely Pardo’s, after local news caught wind of the story.

Hirst told ABC7, “I didn’t catch the catch of the day, but I did catch somebody’s memories, and if I can give that back to somebody, that would be awesome”.

Pardo still has a second camera down in the water, along with his phone, but knowing where the first one was fished up, he now has a good idea of where to start looking to try and recover it. 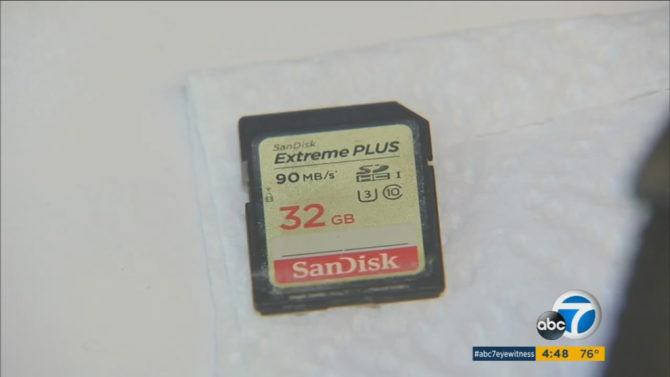 While Pardo was still attacked quite badly, he kept his cool throughout, and tried to avoid the confrontation. If somebody’s going to turn violent anyway, there’s often not a lot you can do about it, but karma (or law enforcement) will usually get them in the end.

What do you think? Should Pardo have done more to defend himself or do you think that would’ve made the situation even worse? Has this given you faith in the reliability of SanDisk SD cards? Let us know your thoughts in the comments.

Woman Who Assaulted Boy With a Quadcopter Gets Probation

Watch This LED Panel Being Thrown, Punched, Ran Over And Continue To Work