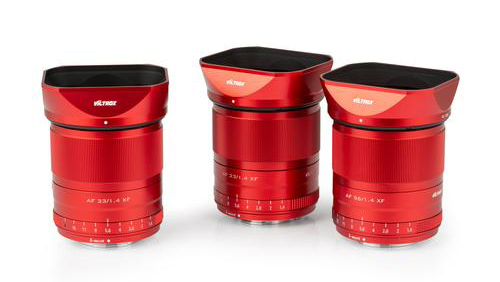 To celebrate Chinese National Day, Viltrox has announced a limited edition series of 23mm, 33mm, and 56mm f/1.4 lenses. It’s the trio they already have in the offer, only they come in red – and photographers don’t seem thrilled about how they look.

Viltrox announced the launch of lenses on its social media pages, noting that only 500 pieces will be available worldwide. They only come in XF mount, so they’re only made for Fuji shooters.

Most folks on the Viltrox Instagram page seem to like the lens. But as I read comments on other websites, photographers don’t seem keen on the color. Even though I love red, I’m also not a fan of it on these lenses. I did like it on the TTArtisan’s 55mm f/0.95, but somehow I think it just doesn’t work for these Viltrox lenses. My DIYP team happens to agree with me.

Still, we all have different tastes. You may want a red lens for your Fuji, so you can get one of these through Viltrox’s website. They’re not even expensive considering that they’re limited edition, but they are a bit pricier than the standard black or silver versions. The 23mm and 33mm are $100 more expensive than the standard version, and the 56mm is $50 more expensive than its black and silver counterparts:

So, how do you like them? Would you buy them?