Remember how revolutionary that bullet shot in the matrix was? It was also a few dozens cameras, a full-scale Chroma room and a budget that would probably be enough for a mid-sized indie film. But the effect is totally worth it.

I guess this is why we are seeing so many creative ways of recreating this effect, from crowd-sourcing, to using “cheap” GoPros (or even RASPBERRY PIs) arrays to using a ceiling fan (really!).

Orcavue took that ceiling fan concept and made it into a product. I guess I can only describe their rig as an upside down biggish ceiling fan with a camera on its arm.

The arm on the Orcavue  revolves at 1-2 revolutions per second, and combined with a high FPS camera – say a 120FPS, $500 GoPro – it can create some cool bullet time effects. The team recommends slowing the camera even further in post (say using Twixtor) to get a really slow shot. 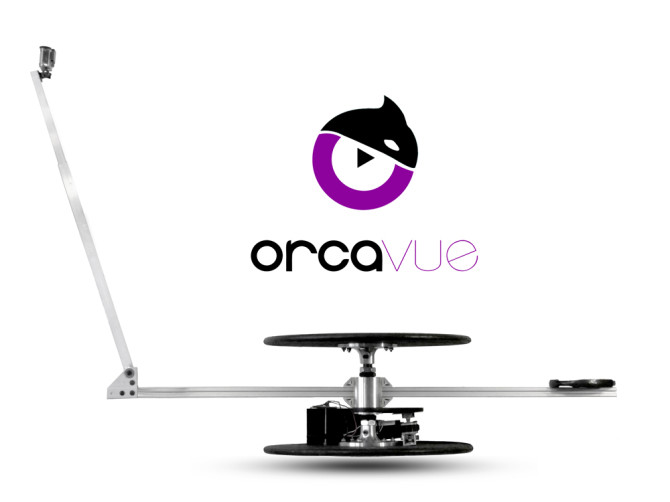 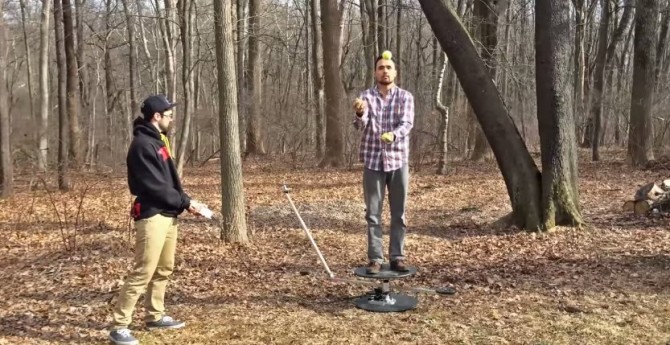 In what may be the lamest tag line ever they are marketing themselves as “The Ultimate Selfie”, I think the potential is much greater than selfies.

I could not find any pricing info on the unit, but it is available to rent for events or productions.

If you wanna see more sample footage, here is another video using the rig from JoyRidersTV taken at University of Maryland College Park with some fire breathing.