A couple of months ago we shared with you the original 100 Years of Beauty video, showing the changing hair and makeup styles common among white women in America between 1910 and 2010.

Following the huge success of the first video, which received 20 million views, Cut.com has created two more videos. The second video in the series depicts popular beauty among African-American woman in the past century, and the third video, which was just released, gives us a glimpse of the vast changes that took place among the women of Iran.

Ask a stranger on the street what are the first two things that come to mind when he thinks about Iran. Chances are that “nuclear weapons” and “strict Islamic laws” will be common responses.

What a lot of people don’t know is that back in the early 70’s the country resembled many Western countries and you’d have a hard time linking it to current day Iran.

Cut’s latest video does an excellent job at showing the immense cultural and religious changes that have taken place in Iran in the past 100 years, as well as a showing a personal aspect of the country.

In an interview with Mike Gaston, Cut’s Creative Director, he shares the team effort behind these videos. Stating that he came up with the idea to do a video about Iran, Mike credits Blaine Ludy, the director and editor of the videos, for coming up with the entire concept.

The latest video took one day to shoot and another to edit, but Mike points out that the hardest work was done by the researchers – Rhoya Selden and Rebeka Khajehpour. 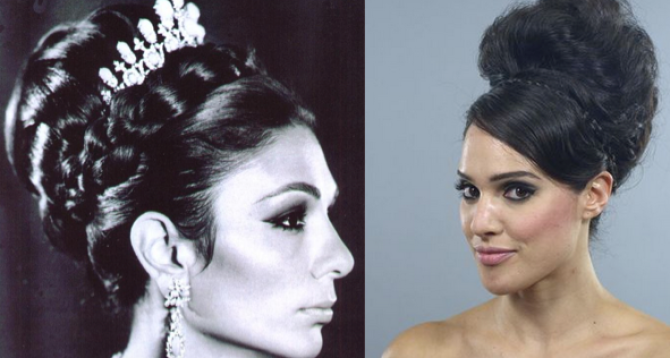 Mike also shared their thoughts behind these videos:

“When we started this series we always knew we were going to want to do other cultures. Our hope was to make a series that invited people to view other cultures in a way they may not have. It’s easy to construct an image in your mind about someone from another country. Our videos are an attempt to present alternative images and hopefully humanize people that are often turned into caricatures in popular media”.

The second video dealing with American beauty does an outstanding job as well, and I bet each look will remind you of a singer, actress or movie from the decade it represents.

If you haven’t already seen the first video, you should definitely check it out. Then come back and watch this cool comparison of the two American beauty videos.

If you enjoyed these videos, you will be glad to know that Cut has another six videos in the oven. Gaston says some of the countries have been requested in the YouTube comments, but “there are at least a couple people won’t expect”.

Shooting An Ode To While My Guitar Gently Weeps

Paris Time-Lapse: The Modern Side of The Most Romantic City in the World

How I Shot These Etherial Portraits With A Lensbaby