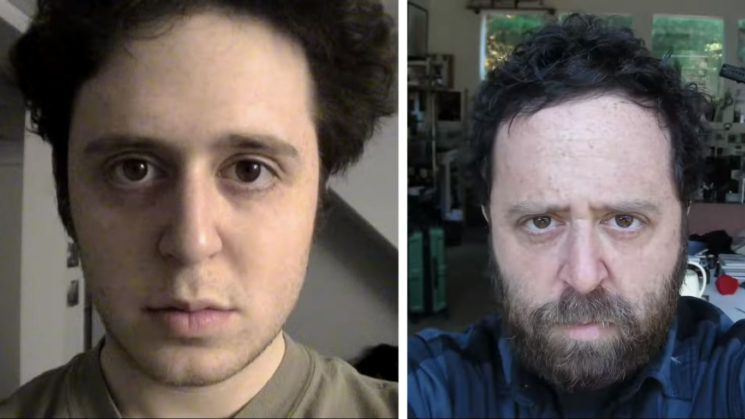 Photographer Noah Kalina started his ongoing project Everyday on 11 January 2000. He would take a photo of himself every single day, and his project turned 20 a few days ago. To celebrate this incredible milestone, Noah published a mesmerizing timelapse that shows 20 years of life in only eight minutes.

Noah started this project when he was only 20 years old. He published the first video on 31 July 2006, six and a half years after taking the first photo. And then, he posted another one six years later, on 30 June 2012.

Now, it’s been 20 years since Noah started his project. He collaborated with Carly Comando, who composed the music for his latest video. In only 8 minutes, it shows Noah going from a 20-year-old to a 40-year-old:

There are a few other similar projects we’ve seen over the years. Dutch artist and filmmaker Frans Hofmeester filmed his daughter Lotte also over the course of 20 years, but he would record a short clip every week. There are also a few projects covering shorter time spans, such as the ones by Rebecca Brown, Eadington, and Hugo Cornellier.

Still, Noah’sproject is the longest-going “a photo a day” project so far, at least to my knowledge. As one of the commenters on YouTube noticed on one of his earlier videos, Noah started Everyday before YouTube existed. If I may add, it was also before the word “selfie” was used. I think that it’s safe to say that his project popularized this format. His video even inspired an episode of The Simpsons which shows Homer’s life in two minutes.

Personally, I find projects like this fascinating for multiple reasons. First of all, I’m amazed by the devotion needed to create something like this. During the same 20 years, I think I’ve had at least 50 started and unfinished projects. Another thing is that it’s incredible to see someone change in such a short time. And lastly, these projects even make me emotional as they remind me how fast the time goes by.

« DJI Phantom 4 Pro V2.0 is back a year after being discontinued
Paul C. Buff is back with the LINK battery-powered, TTL & HSS-capable strobe »