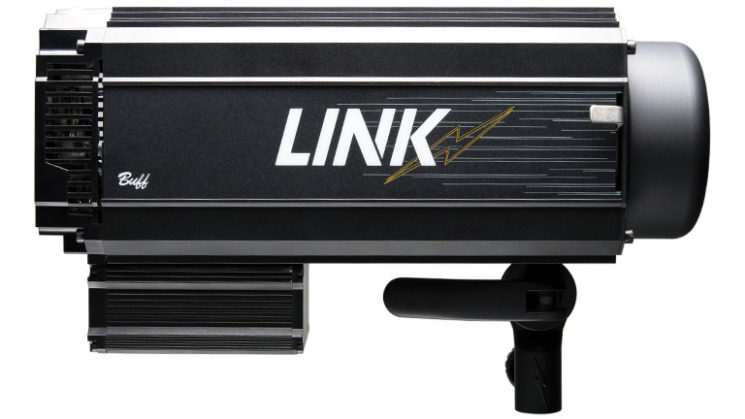 It’s been a while since Paul C Buff has really released anything new. Sure, they announced the “DigiBee” back in 2016, but that was more of a refresh of the old AlienBees than an entirely new product, swapping out the modelling light for an LED, and it was still pretty limited in capability. You still needed power from the wall (or a portable mains inverter), you still couldn’t do HSS, and it still required a separate radio transceiver.

Now, though, Paul C Buff has announced its new LINK strobe, an 800Ws strobe which features TTL, High Speed Sync, and a built-in wireless transceiver. It looks like PCB is finally moving into the 21st century.

AlienBees were the strobes to get (at least in the USA, not so much in the rest of the world) when I first started looking into using flash for photography about 15 years or so ago. They weren’t the best out there, but they were inexpensive and produced results that most beginners and those just starting out in the paid world would be extremely happy with, and I’d see recommendations for them almost daily. These days, their name doesn’t seem to be as common at all. 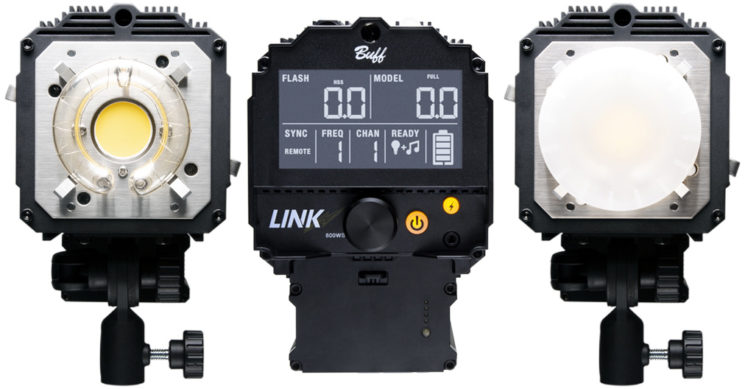 The LINK strobe, though, appears to finally be an answer to that which could put Buff back on the map. At 800Ws, it’s a powerful beasty, which offers 9 stops of range (3 stops in HSS mode), with a 3.5 second recycle time at full power. Curiously, the voltage requirements for hte power source say “95-265V AC” yet the current draw is a fixed 4.5A Amps. I wonder if this means it’ll recycle faster for those on 220/240v supplies in Europe and the UK vs the 110v of the USA if the current draw is the same?

Probably the most noticeable difference between the LINK and Buff’s previous strobes is that it actually has an all-metal housing. Sure, the specs blow away most of what Buff’s produced in the past, but for a new strobe announced today, most if those specs are fairly standard and just expected (except for the 800Ws power). Just about all of Buff’s previous lights have had a plastic housing, which should make this pretty tough and resilient when used on location.

There are some things in the currently published specs which leap out at me, though. An 800 Watt equivalent LED modelling light? That’s about 120 Watts (give or take) of LED light. That’s pretty significant when you consider that many dedicated LED video lights don’t even consume that much. A full set of four Spekular LEDs, for example, only uses 58 Watts (14.5W per stick).

If it really is that powerful, heat dissipation is going to be a big issue. I’d expect it to have either crazy loud fans to pump a lot of air through and keep it cool, or it’s going to turn itself off after 5 minutes to prevent the light from committing suicide.

The specs allude to “Color Mode” and “Action Mode”, and while their names make their function obvious, there isn’t really anything all that specific. Their flash durations are pretty similar in either mode, and they don’t mention exactly what the variance is in colour consistency either by default or when in colour mode (and that’s a big problem with Buff’s cheaper lights).

One thing that’s quite interesting, though, is that aside from being able to power it through a battery, you can also just plug an AC cable straight into it and power it from the mains like you would any other. And this is how the light is actually supplied by default. The battery and charger are extra. It’s a handy feature if you want to start off transitioning to the more recent lights without the extra expense of the batteries, or if you want to work in the studio but not have to keep constantly charging up batteries or you need to guarantee it’ll run all day long. 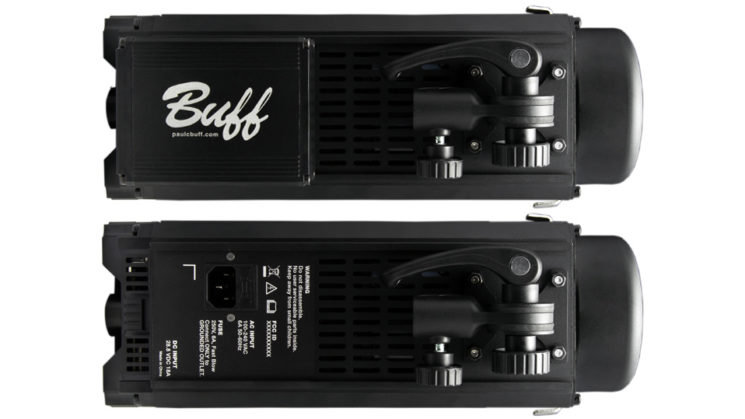 It’s not quite available yet, although it’s listed on the Paul C Buff website with a price of $895.95 for the flash unit alone. It will become available in a kit for $1,199.95 which also includes the battery, charger and a remote for either Nikon or Canon (Sony is coming, but you’ll have to wait).

I really hope this does well. It’ll be nice to hear Buff’s name bandied about more regularly again. But the only real thing it has going for it over other current systems is the power. With Godox having a 1200Ws head & pack system in the works, it may boil down to overall price, for those who haven’t yet bought into a system. Those who already have a handful of Godox speedlights and a trigger likely won’t be convinced to switch at this point when it comes time to go big.