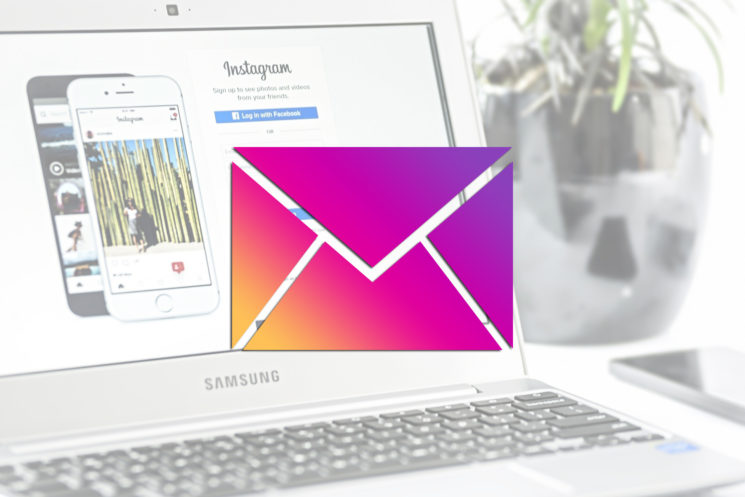 One of the most inconvenient things about Instagram is that it doesn’t allow you to send direct messages through the desktop app. Well, not for long, as it seems. Instagram is finally testing this feature, and it could soon become possible to read and write direct messaging on your computer.

According to Engadget, direct messages on the web are currently available to a “small percentage” of users worldwide. The feature itself doesn’t bring anything new: you can see message notifications, read or write regular and group messages, and “like” the messages in your inbox. Only you can now finally do it from your desktop or laptop computer.

It’s been almost a year since reverse-engineering expert Jane Manchun Wong spotted the “direct messaging” icon on Instagram for desktop. Since then, the feature was tested internally, and now it has been rolled out as a part of a public test. There’s still no word on when and if it will become officially available. But since Facebook, Instagram and WhatsApp hope to offer unified messaging across platforms, I think it would be a logical step to release this feature officially. For now, it’s only possible to send and receive direct messages through third-party apps, and I sure hope it will change.

Personally, I type much faster and with fewer typos on a proper keyboard than I do on my phone. In fact, I chat from my computer whenever I can, so I even use desktop versions of Viber and WhatsApp. So, naturally, I’d love to be able to send Instagram messages from my laptop as well. I’m not a part of Instagram’s test this time, but I hope that soon enough I’ll see this feature rolled out publicly.

And after that, it will be time for Instagram to let us upload photos from a computer.