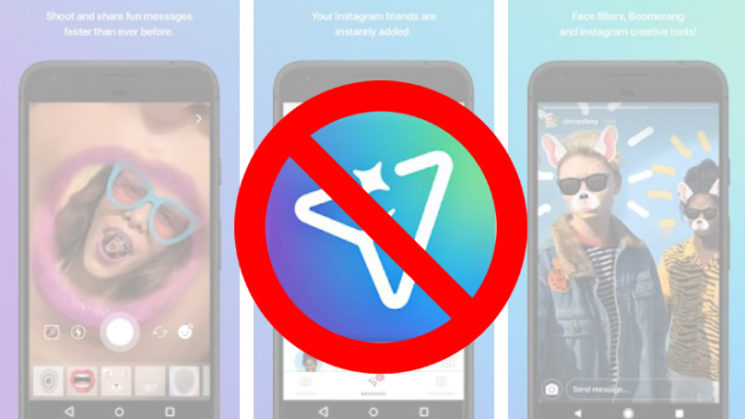 Over the next few weeks, Instagram will kill Direct, its Snapchat-clone standalone app for direct messages. Instead, all conversations will be transferred to the direct messaging feature within the main Instagram app.

Twitter user Matt Navarra shared the news on Twitter, and at first, it was just a speculation. But in a later tweet he posted a confirmation from Instagram which reads: “In the coming month, we’ll no longer be supporting the Direct app. Your conversations will automatically move over to Instagram, so you don’t need to do anything.

Shortly after, an Instagram spokesperson confirmed the claims in a statement given to Tech Crunch.

We’re rolling back the test of the standalone Direct app. We’re focused on continuing to make Instagram Direct the best place for fun conversations with your friends.”

Apparently, direct messaging on Instagram will keep getting new features over time. However, you will no longer be able to access them from a standalone app, but only through the main Instagram app.

Frankly, I don’t know how many people even use the Instagram Direct standalone app. It was only launched in some markets, and apparently didn’t find a lot of traction in any of them, according to Tech Crunch. On the other hand, it was recently noticed that Instagram tested direct messaging from the desktop. In my opinion, but also judging from our survey, it would be a way more useful feature than a dedicated messaging app for smartphones.