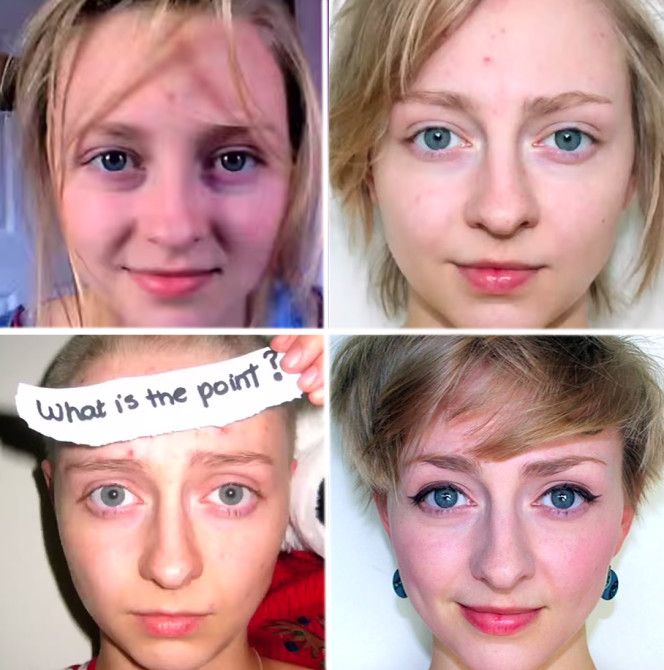 When Rebecca Brown set out on a mission to create a self portrait project almost seven years ago, the photographer knew she had a story to document that would not only serve as a coping mechanism to herself, but also help raise awareness of the multiple mental illnesses she struggles with on a daily basis.

Rebecca’s journey has led her through a lifetime of depression and anxiety as she is continually learning to break away from her illness, trichotillomania and dermatillomania, and live a fruitful and healthy life. Trichotillomania, a disorder which makes her impulsively pull at her own hair, and dermatillomania, a condition which compels her to pick at her skin, are not common conditions, but they are very real as Rebecca’s project so poignantly points out.

Take a look as Brown tells us her story through this ongoing and stirring selfie montage that is 6 1/2 years in the making.

She started the project in 2007 using the 1.3 MP webcam in her computer to capture the selfies. As she became more seasoned in the project, she made several camera changes and now takes the portraits using an iPhone or and a Canon 600D (Rebel T3i). At the time of posting the video, the images covered an expansive 2,374 days and was compiled using roughly 2100 photos. She says she fully intends to keep moving forward with project and add photos as she goes on. Needless to say, we will be tuned in to her future artistic endeavors and will be continually wishing the best for the her.

Unique Photography Project Takes ‘Self Portrait’ To All New Levels