We have shared many bullet time tutorials over the years, from high end, through crowd sourced to pinhole driven. This time I am happy to share a build made solely on Raspberry Pi and the Raspberry Pi camera module. 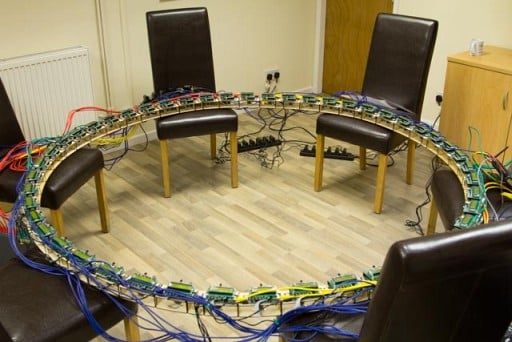 The folks at PiFace, a company that wants kids to program again, came up with this insane 48 Raspberry Pis bullet time rig.

The rig is made of said Pis and a custom made laser-cut circle. 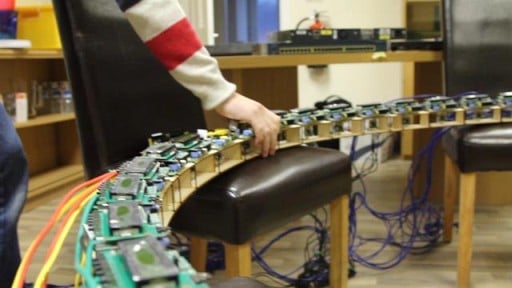 The final construction, aside the Pis is made of 48 SD cards, 48 5V power supply units and about half a kilometer of network cables.

“It’s a funny feeling carrying nearly 50 computers in a box barely big enough to hold a laptop. In contrast, after multiplying the original mounting frame by 12, I’d ended up with a 3m wide circle. This was when I first realized I was building something significant. After much plugging, wiring, mounting, and SD card package installing the rig was finally ready. It certainly looked impressive, particularly given it was wider than the office. As such, the first time we tried the full rig was the Manchester Raspberry Jam.”

Results are pretty impressive HD (the camera is 5MP) bullet time sequences. You can see the final shots a about 2:15