While the name Eric Paré might be very familiar on here for those who do light painting, many readers of this site might not know about his other activities with Xangle, often involving many cameras for shooting full 360° bullet-time sequences and capturing light paintings from every angle all at once. He’s even developed his own software for it, which you can buy.

Eric likes to experiment with his kit, and as he had a stack of Raspberry Pi 3B+ with cameras lying around, he decided to see how far he could push them to shoot bullet time, and the results are pretty awesome. 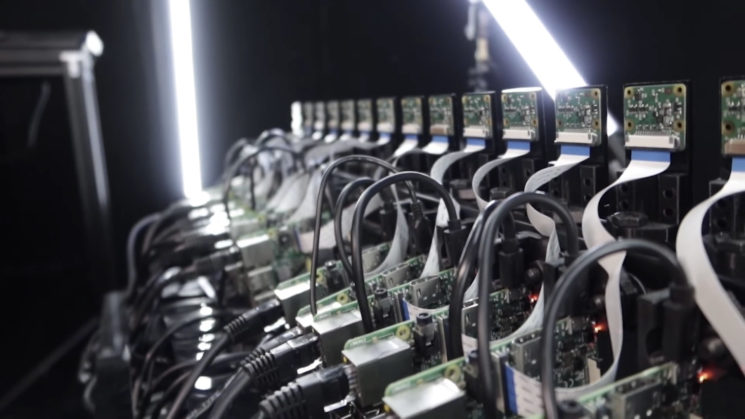 Because the Raspberry Pi and their little cameras are so small, they can be set up very close to each other. Much closer than you can get with something like a DSLR. This offers a higher density of cameras in a given range, and a smoother transition between the different camera positions – less interpolation in post means more accurate results and less time to generate those in-between frames.

We started to work on a PiCam version of our multi-camera software a few months ago, but that had nothing to do with our usual bullet-time work. It was mostly about photogrammetry, which should look like our DSLR system, with much smaller cameras. And that part is ready.

But as we had the equipment and the software I got interested to see how far we could push it with bullet-time and what kind of image quality I could get out of these tiny cameras.

Eric says there were issues on the first iteration of the setup, but that the more he played with it and the better the results got, the more hooked he became. Eric used 15 standard Raspberry Pi 3B+ with 15 PiCams using no custom electronic components when using continuous light and a tiny custom PCB hooked up to the last Pi in the chain when using strobes. Each Pi was hooked up to network switches via ethernet cable to the laptop controlling everything. 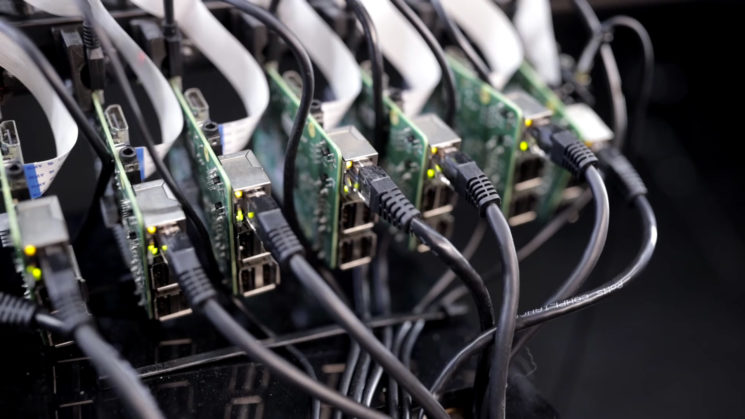 It’s a very cool experiment and Eric freely admits that it’ll never replace his DSLRs for this kind of work, but it does open up the door to a lot of different ways to use the technology and is “very promising”. He says more experimentation is coming!

Now, while this is almost certainly going to be less expensive than running a bunch of DSLRs, it’s still not going to be that inexpensive. Fifteen Raspberry Pi 3B+ at the current price is around $570. Fifteen Pi Camera Modules is another $300 or so on top of that. Then you still need the ethernet switches and cables to wire everything together, not to mention the hardware for building a frame to rig and align everything up.

And that’s only fifteen cameras. Many advanced bullet time rigs use 100+ cameras. But for photogrammetry – essentially, 3D scanning using photographs – which was Eric’s original plan for these, you can happily do that with relatively small objects using only 15 cameras. You could even do full 3D head scans of people.

It’s a very cool concept. I can’t wait to see where he takes this next!

« How Kodak is trying to reinvent after failing to adapt
The Canon EOS C70 is Canon’s first RF mount cinema camera – 4K 120fps (without overheating?) »